Karren Brady: I couldn’t carry on working for Philip Green as a feminist 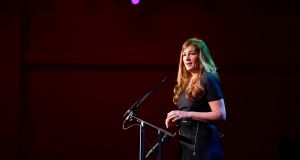 Karren Brady, the businesswoman star of television’s the Apprentice, has said she resigned from the board of Sir Philip Green’s retail empire because the allegations being made against the UK high street tycoon were incompatible with being a feminist.

The comments come almost a year after Ms Brady had resisted calls to sever her links with Mr Green following claims that the businessman had sexually harassed and racially abused staff. Mr Green has always denied any unlawful behaviour towards employees.

In the wake of last year’s storm over the allegations, Ms Brady initially said she had a “sense of duty” towards employees of Mr Green’s holding company and that “walking away” would have been the easy thing to do. However, a fortnight later she then resigned from Mr Green’s Taveta Investments, which ultimately owns Topshop and Miss Selfridge, in February 2019.

On Tuesday, when asked on Sky News’s business show Ian King Live how she squared her “feminist credentials with some of the things Sir Philip was accused of”, Ms Brady replied: “Well, I didn’t square them because I resigned. I think that says all it needs to say.”

She had earlier told the programme: “I do still speak to [Mr Green], yes. The business I think is very important. The majority of people who work there are women. It employs thousands of people. It is part and parcel of our high street – we know the high street is having a very difficult time and I think it’s important that that business succeeds.”

Ms Brady, a Tory peer in the House of Lords, is best known for the leading roles she has played at the Premier League football club West Ham United, where she is vice-chair, and as an aide to Alan Sugar on BBC One’s the Apprentice television show.

The businesswoman first became well known in 1993 at the age of 23, when she was appointed as managing director of another football club, Birmingham City, and is still frequently referred to as “the first lady of football”. That prolific and high-profile business career has enabled Ms Brady to become a champion of women in the workplace. However, at the same time as campaigning for women’s rights, she has also been closely associated with some of business’s most unreconstructed figures – including Mr Sugar on the Apprentice, Mr Green, and the former pornographer David Sullivan, who owned Birmingham City before acquiring half of West Ham. – Guardian service