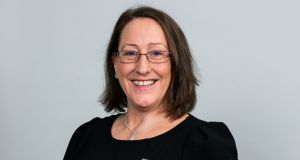 Dubliner Orla Collins has been appointed as deputy president of the Association of Chartered Certified Accountants (ACCA).

Her appointment marks the first time a woman has served in the role in the organisation’s 116-year history.

Ms Collins will continue in her role as interim managing director at Aberdeen Standard Investments Ireland in Dublin, while also serving as deputy president.

“It is such a responsible role to represent fellow members at events all around the world, and I am so grateful and happy that so many wonderful people have placed so much trust in me,” she said.

“As an Irish woman it is a huge privilege to represent the profession on the global stage,” Ms Collins added.