Irish-founded Apple reseller has six stores in State, and employs 395 in Ireland and UK 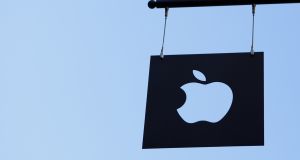 Mr Justice Denis McDonald said he was satisfied there was sufficient evidence to appoint David O’Connor of BDO as interim examiner to Compu b Retail Limited. Photograph: iStock

An interim examiner has been appointed by the High Court to the Irish-headquartered parent of Compu b, a reseller of Apple premium computer products, and three related companies in the UK employing a total of 395 people, of whom 110 are in the Republic.

Compu b, founded in Limerick in 1992, has six stores in the State – at Grafton Street, Dublin; Dundrum Town Centre; the Pavilions, Swords; Limerick, Cork and Galway – and 24 stores in the UK.

On the application of Declan Murphy BL, for the companies, Mr Justice Denis McDonald said on Friday he was satisfied there was sufficient evidence to appoint David O’Connor of BDO as interim examiner.

That evidence included a report from an independent expert expressing the view the companies had a reasonable prospect of survival as a going concern provided certain conditions are met. He was also mindful the application concerned a significant trading entity with 395 employees, the judge said.

In the petition, it was stated CBRL was incorporated to trade the group’s Irish activities through a separate entity mainly to protect against concerns arising from Brexit and foreign exchange rate volatility. It undertakes similar activities to CBL, and its corporate clients include Amazon, Ryanair, KPMG, AIB, Bank of Ireland, Munster Rugby and Eventbrite.

The petition said CBL had acquired the loss-making Stormfront group of 23 stores in late 2019 with a view to acquiring a more significant retail presence in the UK market and improve buying power. It said the Covid-19 pandemic has delayed planned integration synergies and a cost-reduction programme with the result the Compu b group has incurred significant ongoing losses through the Stormfront group in the period from January to May 2020. The Stormfront group was acquired for £2.4 million (€2.7 million), comprising a £1 million upfront payment and a deferred £1.4 million payment with a contracted contingent liability of a further £600,000, depending on future profitability derived from rebates from Apple under a recent contract called the Nd-8 contract. Those targets are now not likely to be reached due to the downturn resulting from Covid-19 and market contraction, it was stated.

The petition said the Compu b business has historically been profitable, but a number of factors had come together which have had significant negative impacts on the companies and their cashflow, including the Covid-19 pandemic, store closures resulting from that, underperforming stores and the acceleration of customer trends towards buying online.

Unless court protection is secured, the companies will be unable to pay their debts as they fall due from July 2020 with a deficit of €3.3 million by the end of July 2020, it was stated.

An independent expert had provided a report expressing the view the companies could survive as a going concern on the basis they have a core business capable of operating on a going concern basis subject to implementation of a restructuring plan.

The judge made directions for advertising the petition and returned the matter to next week.

1 Owner of Dundrum Town Centre to sell prized assets
2 Can a first-time buyer get relief on a buy-to-let home?
3 Oprah wore my dress to the Oscars to pick up a lifetime award
4 Google unveils ‘budget’ Pixel 4a after Covid delay
5 Pilita Clark: Working from home is starting to pall
6 Over half of Ireland’s businesses in decline following Covid-19 lockdowns
7 Thousands back petition demanding State aid for Aer Lingus
8 Office rentals in Dublin halved in opening six months of year due to Covid-19
9 Enlightened working: ‘You Days’ and unlimited paid leave
10 Winner takes all is simply unsustainable, even for tech giants
Real news has value SUBSCRIBE