Sales in skin care division fell 16% to $1.01bn in the fourth quarter 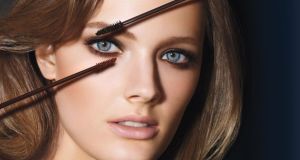 Clinique and Estée Lauder brands are expected to show some “concrete improvement” by the end of 2016, according to one analyst

The company has been focusing on catering to younger customers by offering brands such as Smashbox and Glamglow as its “heritage” brands Estée Lauder and Clinique lose some shine in North America.

It is not as if these brands “are falling off a cliff”. Part of the weakness comes from their inability to attract young women, Raymond James analyst Joseph Altobello said.

Clinique and Estée Lauder brands are expected to show some “concrete improvement” by the end of 2016, Mr Altobello told Reuters.

Sales in the company’s skin care division fell 16 per cent to $1.01 billion in the fourth quarter, the worst fall in at least two years. The division contributed about 40 per cent to total sales in the quarter ended June 30th.

The company said sales in the travel retail business declined 4 per cent in the quarter, mostly hurt by a strong dollar.

However, fragrances were a bright spot in the quarter, recording sales growth of 9 per cent due largely to luxury brands such as Tom Ford and Joe Malone.

These sales come in stark contrast to other perfume makers such as Coty and Elizabeth Arden, whose over reliance on mass fragrances has dented sales.

Estée forecasts earnings for the year ending June of $3.10-$3.17 per share, including the impact of foreign currency and acquisitions. Analysts on average were expecting a profit of $3.28 per share.

Excluding items, Estée Lauder earned 40 cents per share, above the average analyst estimate of 34 cents, according to Thomson Reuters I/B/E/S.