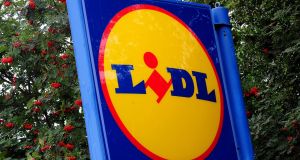 An Bord Pleanála cited concerns over flooding in denying permission for the development of a Lidl shop outside Carrick-on-Shannon. Photograph: Rui Vieira/PA Wire

An Bord Pleanála has refused permission for a two-storey Lidl shop and off-licence on the outskirts of Carrick-on-Shannon, Co Leitrim.

Outlining the reasons for its decision, the board noted the “prominent setting” of the proposed development, at a key entrance to the town, adjacent to “an important business campus”.

Overturning a decision of Leitrim County Council which granted conditional planning permission earlier this year, the board also referred to the proposed site on land “which partly comprises of flood zones” as defined by guidelines for planning authorities, issued by the Department of Environment in 2009.

However, An Bord Pleanála said that in the absence of a comprehensive proposal for an alternative use for the Cortober store, it was not satisfied that the proposed development could be justified in the location proposed, or that it would not lead to excessive provision of convenience retail space contrary to the Leitrim County Retail Strategy 2015-2021.

In its decision the board said that the proposed development would “have a negative impact on the retail vitality of the town centre of Carrick-on-Shannon”.

It would also consist of “an unnecessary development of lands that are partly subject to flooding” and would not be in accordance with the proper planning and sustainable development of the area, the board added.

In deciding not to accept the recommendation of its own inspector to grant permission, the board found that the proposed development had not been justified in terms of retail floor space requirements, “given that a comprehensive proposal in respect of the closure of another store used to justify the construction of the proposed store had not been provided”.

A number of parties had objected to the application by Avant Ireland Property for the food store with ancillary off-licence sales, on a one hectare site bounded by the N4 and Circular Road, in the townlands of Attifinlay and Attyrory, Carrick-on-Shannon.