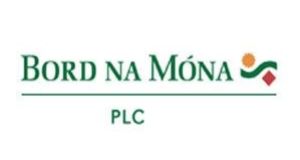 Bord na Móna has agreed to extend the capacity at its landfill in Drehid, Co Kildare.

State-owned Bord na Móna increased charges for dumping in its licensed landfill site by 5 per cent to €45 a tonne at the beginning of the year, it has emerged.

Domestic waste costs are at the centre of a political row after a number of companies increased charges following a Government bid to oblige householders to pay according to the weight of what they dump rather than a fixed fee.

The move came as waste companies were themselves facing increased charges for recycling and for dumping in licensed landfill sites, as well as coping with insurance hikes of up to 50 per cent.

State company Bord na Móna increased its charges for dumping in its landfill in Drehid, Co Kildare, by 5 per cent to €45 a tonne at the beginning of the year, a point when the industry and Government feared the Republic was running out of space to contain waste.

Companies must also pay a standard landfill levy of €75 a tonne, which last increased in 2015.

Bord na Móna, which owns waste company AES, also agreed to extend the capacity at Drehid in response to a severe squeeze in landfill space that emerged late last year.

By late last year a number of companies in the industry were warning that landfill space was on the verge of running out.

While industry sources say that the Department of the Environment was initially sceptical, it has now agreed a plan with the Irish Waste Management Association.

This involves extending Drehid and reopening a landfill in Galway. At the same time, cement kilns and the Co Meath Indaver incinerator are also increasing the amount of material that they will take.

The industry and Government are now relying on the opening of Covanta’s Poolbeg incinerator in Dublin Bay to ease the current pressure on landfill capacity.

About 600,000 tonnes of domestic waste ends up in the Republic’s landfills every year, an average of roughly half a tonne per household.

The balance of the 1.5 million tonnes of rubbish collected from homes is recycled or reused.

Private companies used fixed charges to lure customers in Dublin and other urban centres, with the result that the average household in the capital pays €250 a year for waste collection, while those in other regions pay €350 a year.

However, rising costs are making it more difficult for those companies to make money from households.

Along with that, the average household on a fixed charge dumps 354kg more waste a year than one on pay by weight, making these customers more expensive to service.