Will you end up paying more tax after Budget 2020?

Smart Money: The five areas where your pocket could be hit 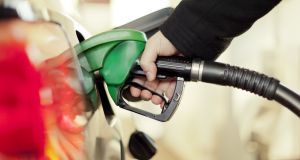 The Government only has €700 million in room for manoeuvre in Budget 2020, due for delivery early next month.Or at least this is what is available what might be called “normal” budget measures – the everyday fare of more spending and lower taxes. The Minister for Finance Paschal Donohoe has said he will borrow more for special Brexit measures – but warned there will be little relief elsewhere. But this is the last budget before a likely general election, and the Minister is likely to seek extra tax in some areas to pay for some tax cuts elsewhere and spending increases . So where is your pocket likely to be hit ?

This may not seem to make sense. After all, we may get some limited PAYE relief – and taxes on income in most areas are not likely to rise. But there is a subtle point here which is often missed. If you are going to get a wage increase next year, then unless tax credits and the tax band which determines when you start paying at the higher 40 per cent rate is adjusted, you will end up paying a slightly higher proportion of your income in tax. You will still be better off in cash terms, but the exchequer will take a slightly higher slice of your income. This may not make much difference in one year – but it does over time. In economic jargon it is called fiscal drag.

1 Wife not entitled to deceased husband's entire estate, High Court rules
2 Coronavirus: From midnight Dublin will move to level three until October 10th - Taoiseach
3 President Higgins says British must face up to their history of reprisals
4 Life in Level 3: What will happen under new restrictions in Dublin?
5 Stephen Donnelly dodges the questions as Matt Cooper mercilessly pursues the answers
6 Blanchardstown-Mulhuddart has worst Covid-19 rate in country
7 ‘We are shell shocked’: Dublin restaurants angry over indoor dining ban
8 Chuck Feeney’s $8bn giving-while-living odyssey comes to an end
9 Covid-19: Garda presence in Dublin to be significantly increased
10 English ‘chumocracy’: Boozy weekends and class disdain with the Camerons
11 Ruth Bader Ginsburg, US supreme court judge, dies aged 87
12 Miriam Lord: One Martin gets a ringing endorsement while another gets a cold call
13 Sam Bennett signals final intention of winning green in Paris
14 Walkers concerned over plans to limit access to Luggala estate
15 Michael McDowell tells Seanad he has ‘no confidence’ in NPHET
16 Gardaí investigating after woman throws smoothie over Leo Varadkar
17 The five lies we told ourselves about coronavirus
18 White Riot: When rock fought the racism of David Bowie and Eric Clapton
19 Golf group insist they adhered to public health guidelines during Tullamore trip
20 Teenager who stabbed 18-year-old in a Dublin park found guilty of manslaughter
21 Coronavirus: 253 more cases and three further deaths reported in State
22 Rest of country can ‘transit’ through Dublin for overseas travel
23 Coronavirus: NPHET letter to Government warns of ‘extremely critical juncture’ for Dublin
24 Will PTSB be Ulster Bank’s knight in shining armour?
25 Garda concerned over increasing participation of far-right in anti-mask protests
26 Covid-19 is spreading most in deprived areas, the figures suggest
27 Cluster among golfing group in Midlands a 'significant Covid-19 incident'
28 Diarmaid Ferriter: Those in Downing Street have no regard for the North or the DUP
29 Remembering Jimi Hendrix 50 years on: the guitar god and the Irish connection
30 Van Morrison’s anti-lockdown songs: ‘No more taking of our freedom, And our God given rights’
31 Bar workers dismayed by the decision to keep ‘wet pubs’ closed in Dublin
32 Raab’s US visit amplifies Democratic support for Irish
33 Aortic dissection: Getting to the heart of the matter
34 ‘We poured our hearts and souls into it’: Last orders as landmark pubs and restaurants sell up
35 Dublin will need a rescue plan after these new Covid-19 restrictions
36 HSE turns down request from Britain to process tests in Irish laboratories
37 Leo Cullen says ‘fresh energy’ behind big Leinster selection calls
38 Garda allegedly shredded witness statement in murder inquiry
39 Covid-19: Rising unknown spread of coronavirus ends indoor dining in Dublin
40 Aldi empire wracked by family feud
Real news has value SUBSCRIBE