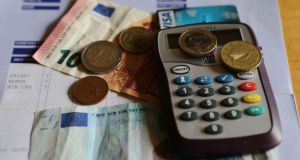 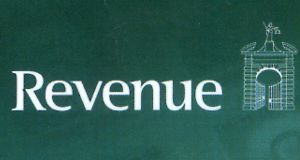 Thousands of pensioners in receipt of overseas retirement income could find themselves facing fines and even prosecution if their tax affairs are not in order by May.

Almost 135,000 Irish residents were in receipt of British state pensions as of last August, up from 133,300 two years earlier, according to data from the UK Department of Work and Pensions.

However, as of 2014, only 12,177 Irish taxpayers were being assessed for tax on foreign state pensions and 6,400 on other retirement benefits, according to Minister for Finance Michael Noonan in December, responding to a parliamentary question.

While the full UK state pension of £8,090 (€9,446) a year falls well below the €18,000 annual income threshold for single and widowed individuals aged over 65 that falls outside the Irish income tax net, the Pensions Policy Institute in London estimates that more than 60 per cent of all UK pensioners also receive an occupational pension and almost 20 per cent have a personal pension.

The former Revenue official said thousands of pensioners are also currently not declaring taxable overseas income, either knowingly or unknowingly

Many Irish people who returned home after spending their working lives in the UK also own property that is rented out, according to a former Revenue official who first highlighted varying data to The Irish Times but asked not to be identified.

Minister for Finance Michael Noonan used the Finance Act in December to restrict the opportunity for offshore tax evaders to use the voluntary disclosure regime with effect from May, highlighting how the so-called Panama Papers, leaked last year showed the extent to which high-net-worth individuals used structures and accounts in tax havens to avoid paying their fair share.

However, despite the presumed focus on large-scale evaders, the former Revenue official said thousands of pensioners are also currently not declaring taxable overseas income, either knowingly or unknowingly.

Revenue’s head of compliance, Paddy Faughnan, said it was too early to tell the extent to which recipients of overseas pensions are evading paying taxes in Ireland as his organisation is only beginning to work through initial information received from overseas authorities under a series of new international exchange-of-information initiatives.

Revenue is currently halfway through writing to about 500,000 self-assessed taxpayers, which should be completed at the end of next week, alerting them that they should make any necessary corrections to past filings before they are targeted by tax officials.

Some people based in Ireland may be domiciled in the UK and paying tax there, in which case they would not be liable to Irish tax, even on foreign income, as long as it was not brought into the State.

1 Aldi empire wracked by family feud
2 NatWest considers closing Ulster Bank in the Republic
3 Will PTSB be Ulster Bank’s knight in shining armour?
4 NatWest confirms review of Ulster Bank as Covid-19 bites
5 TikTok to be banned from US app stores from Sunday
6 Cliff Taylor: What permanently low interest rates mean for you as a saver or borrower
7 Volkswagen close to selling its Bugatti supercar brand
8 EU signals late call on Apple tax appeal as deadline looms
9 What’s happening with the pandemic unemployment payment?
10 Gabriel Makhlouf: ‘A full second lockdown would be very serious for the economy’
Real news has value SUBSCRIBE
Save money on international transfers