No stamp duty, no CGT and no corporation tax: how Irish tax regime benefits Section 110s, Reits and Icavs over smaller landlords 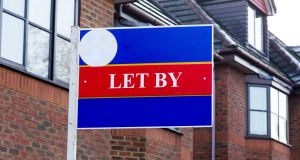 It’s worth considering how investors typically hold property in Ireland, and how these various structures are taxed. Photograph: Getty

The UN special rapporteur on housing, Leilani Farha, sent a letter to the Government earlier this year questioning its decision to allow unregulated global real estate funds avail of “preferential tax laws” to build up property portfolios in the State.

Subsequently, Web Summit founder Paddy Cosgrave led a campaign against these funds (often referred to as vulture funds), arguing that the Irish tax system was offering a sweet deal to foreign investors. The Government, for its part, defended such institutional investors, on the grounds that they were boosting the development of apartments.

6 ‘The social worker said: Were two seconds of pleasure worth it for all this?’

10 Homeschooling is an utterly unworkable solution for so many

11 Almost 6,400 healthcare staff are off work due to Covid-19 as hospitals face virus peak

17 Una Mullally: Will Lockdown 3.0 bring about a political awakening?

19 ‘I got a burning smell in my nose’: Third-wave Covid-19 patients share their experiences

20 Adoption ‘is for children, not for people who wish to be parents’

24 Nuns who ran the Bessborough home in Cork sold part of site for €6.85m

25 Warming curry bursting with flavour but not the fat

27 High levels of public investment to be maintained for coming years, Donohoe says

33 Letter from Saudi Arabia: ‘The Irish here are all in the same boat’

36 We’ve had decades of poverty, stifled dreams and lives unlived. But look on the bright side

37 New online portal for people seeking to upskill or retrain