Sneaky tax avoidance by super-wealthy elite is not victimless

Investments by Irish musician Bono, made under his real name Paul Hewson, in a Lithuanian shopping centre and a German office building - by way of a Maltese company - have been revealed in documents shared with The Irish Times. 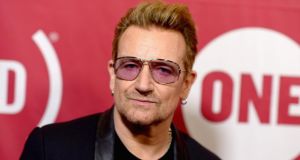 The Paradise Papers – the vast tranche of leaked documents revealing the tax affairs of the wealthy and the corporate world – has exposed the complex structures that enable individuals and organisations to duck taxes.

Such structures are, as big tech firms such as Facebook and Apple and Google remind us so charmlessly, legal. Some argue that ethics thus do not enter the equation. Companies, after all, have a duty to shareholders to operate efficiently and maximise profit.

So, tax structures such as those revealed in the Paradise Papers enable Apple to continue to use Ireland as an intrinsic part of its international tax minimising regime, even after the Government here (eventually) closed the infamous “double Irish” loophole.

Then there are the elusive structures that benefit wealthy individuals. We learned this week that several wealthy Irish entrepreneurs used a nifty dodge to buy private jets, yet avoid paying VAT, byimporting them through the Isle of Man.

And that some actors in the hit show Mrs Brown’s Boys benefited by having payments run through offshore trusts .

And that Bono had some property investments quietly structured through Malta. The U2 singer said in 2015, in relation to his band’s tax-avoidance measures: “It’s just some smart people we have working for us trying to be sensible about the way we’re taxed.” And yes, U2 and other wealthy individuals do (rightly) pay a lot of tax compared with you and me, and also fund important philanthropic work.

But isn’t it curious that corporates and individuals take such pains to route investments, purchases and revenue in such a way that they remain so opaque, often hidden from Revenue?

If all is legally above board, why do so many stories about individual cases note tax authorities are now examining potential tax liabilities?

Some of these tax structures are already considered iffy. An EY accountant in Cork advised the jet-purchasing businessmen that with the Manx VAT dodge “there is a possibility of a Revenue challenge”.

And if all is legally above board – even if below the water line in terms of visibility – why do so many stories about the individual cases emerging from the Paradise Papers note that tax authorities are now examining potential tax liabilities?

Still: if it is legal, or probably legal (especially if no one clarifies the position by directly asking Revenue) – is it unethical?

Of course it is.

Child labour is also legal in many parts of the world, and maximises profits too. But, it’s widely recognised as unethical and rightly so.

Sneaky tax avoidance is not victimless. It directly results in state funding losses for infrastructure, schools, libraries, transport, roads and social welfare supports for the poorest. These are lost taxes in walloping amounts. A million lost in VAT on a single jet. A couple of million that would otherwise be owed on salary payments. Hidden investments.

Some of those private investment services were, until recently, provided by Ireland’s two main banks, even after they’d been bailed out by taxpayers who continue, personally, to fund that bailout through an unavoidable annual tax charge. Which we pay.

In the case of multinationals, billions of euro have been lost in this jurisdiction and others. Money that, in the case of big firms like Google and Apple, goes into colossal offshore cash piles. In Apple’s case, this offshore cash is worth more than $250 billion. Billion. That’s more than the GDP of many entire nations.

That’s why the “perfectly entitled to do whatever is legal to build the company/return value to shareholders” line is ludicrous. Many of these companies have astronomical wealth already. Many of them sit on that wealth, awaiting another of the regular US tax amnesties to repatriate their billions at a slashed tax rate. If they are such innovators, why rely on tax dodges?.

And all those individuals using “smart people” to avoid otherwise-due tax cannot use the excuse of philanthropy as a moral offset. Philanthropy coupled with large-scale tax avoidance is just ego-enhancing crumbs tossed selectively from the (very) wealthy table. And philanthropy, conveniently, has (legal) tax benefits, too.

Murky offshore manoeuvrings are simply a legal (maybe) song and dance to avoid existing tax laws by people and companies that already have wealth beyond imagining.

Of course, the same countries that moan about such dodges generally don’t rush to change national tax laws that allow them to happen, even once exposed.

Depressingly, it’s all a same-as-it-ever-was rigged performance that needs outrage and an ethical mindset, international co-operation, and pressure from ordinary citizens, to change. This involves tactics such as refusing to buy certain products or services and campaigning for better corporate ethics (as has happened with some success on exploitative child labour).

Embarrassing leaks such as the Paradise Papers might give the whole system the kick in the fat, hypocritical behind that it needs. But I doubt it.

Governments are mostly happy to look the other way. National revenue services find it too challenging to unravel the complex structures, especially when they’ve no idea they are being used. And people want their shiny new iPhone X.