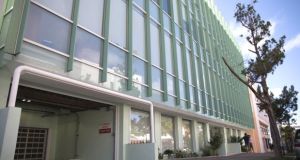 The elaborate scheme used by three Irish actors with the Mrs Brown’s Boys comedy involved an English agency, trusts in Mauritius and the Seychelles, promissory notes and a number of offshore service providers.

It may also be the case that a trust in Mauritius controlled by the Appleby offshore law firm purported to act as an agent for each actor who in turn provided “acting and performance in theatre and television” services on a consultancy basis to the trust.

A contract to this effect in relation to Amanda Woods, who plays Betty in the Mrs Brown’s Boys comedy, shows that among the many terms involved was a commitment to use an accountant nominated by PFS, a London/Mauritius tax advice firm that ran parts of the scheme, for her personal tax returns. She was also to provide PFS with a copy of any return intended for the UK tax authorities “at least three calendar months before the tax return in question is due to be submitted”.

Woods did not end up using the tax structure, to which she was introduced by the English accountant who acts for Mrs Brown’s Boys, Roy Lyness. However three of her colleagues from the cast of the comedy did: Fiona Delany, Martin Delany, and Paddy Houlihan.

These three actors, like the other mostly UK clients of PFS, had trusts established in Mauritius into which money they were due to be paid was deposited, and from which they could draw down loans. However this was not done in a straightforward manner.

The money paid to the English agency that represented the three actors ended up in what is called a Protected Cell Company (PCC) in Mauritius. PCCs have “cells” which can hold assets that are protected from the liabilities of other cells in the company. The structure was designed for the use of insurance companies, but has been used for tax planning structures also.

Each of the actors, Fiona Delany, Martin Delany, and Paddy Houlihan, got a “cell” or fund within a PCC in Mauritius called Profid. They each served as investment adviser to their own funds. The main investment advice appears to have been about their own loans.

Money paid to the actors’ agents, Pro Fid (UK) Ltd, by Mrs Brown’s Boys (for theatre production work, according to Houlihan) went offshore and a series of transactions then appeared to take place involving a trust in the Seychelles, an escrow account operated by Appleby, and promissory notes.

Loans would be issued to the actor from the Seychelles trust, via the escrow account. Meanwhile a promissory note – a promise to pay – from the Seychelles trust would be optioned, and then bought, by the appropriate fund or cell – acting on the advice of the actor. In this way the money that nominally came from the Seychelles trust, ended up, in reality, coming from the fund. The purpose of these obscure transactions was to “hide the fact that in essence it is the cell to which the borrower advises who is sponsoring the credit facility,” an internal Appleby note from Mauritius observed in September 2015.

In that same year Appleby became concerned about some PFS clients’ loans and indications that “in practice all the interests and loans will never be repaid.”

“It looks like all sorts of means are being devised to increase expenses as and when a potential tax liability is being discovered,” the note said.

The note also drew attention to an earlier scandal about a scheme called the K2 scheme, and the involvement of the Mrs Brown’s Boys accountant Roy Lyness in marketing K2 which “hid” approximately £160 million annually from the UK tax authorities using loans and a trust in Jersey. Lyness, who himself used the PFS scheme, introduced the three actors to it.

Another Appleby note referred to the tax scandal involving players from Glasgow Rangers. The players were “given loans which as loans are not legally taxable pay, however as there was no prospect of repayment the question is really whether there was a sham in place to avoid the club taxing remuneration payments,” a note says of that scheme.

Houlihan told The Irish Times that it was his understanding that some of his loans were “rolled over” and that at some stage a larger loan was issued to pay off earlier smaller loans. He wasn’t sure when his loans were to become due.

An email from November 2015 from James O’Toole of PFS discussed restructuring the loans of “the Irish clients” then lending out all current monies to empty their cells of cash.

The debts of the cells could then be sold to another company, Finance & Debt Investment Ltd, which would try to recover the money “but if unsuccessful, will be forced to write them off.” This would “get the clients what they want”, achieve a number of other objectives, and “generally simplifies everyones’ lives.”

The leaked documents include emails to the actors where their approval is being sought for the transfer of six-figure sums and the purchase of promissory notes for matching amounts, with the correspondence being done by email. Responses are often sent from iPhones. A one-line approval for the issuing of a £331,161.30 loan was given by Fiona Delany on April 28th, 2016, from her iPhone.

While the PCC cells may have been closed down in 2016, Houlihan said payments linked to his theatre work were still going from Pro Fid (UK) to an offshore tax scheme, earlier this year.

It was always his understanding, he said, that eventually the money would be transferred from the cell to him, and become taxable. Approximately two weeks ago, to his surprise and without his permission, all his money in the Mauritius account landed in his Irish bank account. He understood the same was true for his two actor colleagues.

The information published this week comes from millions of leaked files from two offshore services firms, based in Bermuda and Singapore, as well as from 19 corporate registries maintained by governments in jurisdictions that serve as waystations in the global shadow economy. The leaks were obtained by German newspaper Süddeutsche Zeitung and shared with the International Consortium of Investigative Journalists (ICIJ) and a network of more than 380 journalists in 67 countries , including journalists from The Irish Times. The project is called the Paradise Papers. The most detailed revelations emerge in decades of corporate records from the white-shoe offshore law firm Appleby and corporate services provider Estera, two businesses that operated together under the Appleby name until Estera became independent in 2016.