How Nike slashes its tax bill between the Netherlands and Bermuda

Uber and Tesla also have structures that use Dutch companies 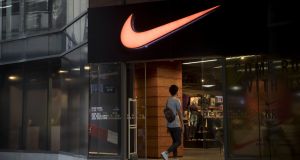 Five days before Christmas 2006, Nike chief executive Mark Parker was in an upbeat mood on a conference call with Wall Street analysts.

“So, how are we doing?” he asked himself out loud, almost a year since his promotion to the job. “In a word, I would say ‘good.’”

He reeled off a list of recent achievements, including a brief mention of “a more favorable long-term tax agreement in Europe,” according to a transcript of the call. This had, he said, “secured a big advantage.”

An advantage over whom or what? How big? What did this favorable agreement entail? These were all questions the analysts did not ask. The mechanics of tax avoidance are rarely scrutinised on such calls despite the enormous earnings boost they can provide - and the damage they can do to national treasuries.

Behind the scenes, authorities in the Netherlands had effectively given Nike the green light for a ten-year tax-avoidance arrangement that would allow the sportswear-maker to shift billions of dollars in profits from Europe to the tax haven of Bermuda.

Nike’s tax burden hasn’t been the same since. In the three years after that conference call, its after-tax profits would jump by an astounding 55 per cent, to $1.88 billion, thanks in substantial part to a drop in its worldwide effective tax rate from 34.9 per cent to 24.8 per cent - on its way to 13.2 per cent last year.

Nike’s tax planning over the years exemplifies how adept multinationals can be at staying ahead of the game. By building cross-border structures of interconnected companies that trade with one another, global businesses are often able to find ways of unlocking tax savings that no lawmaker intended them to receive. In many instances, these structures have no purpose other than to push global profits into offshore tax havens or into companies that are, for tax purposes, based nowhere at all.

Vital to Nike’s new arrangement was a Bermudan subsidiary, Nike International Ltd. Through it, the sportswear-maker held ownership of its iconic Swoosh design, together with other prized trademarks, for markets outside the United States.

The Bermudan subsidiary was able to charge trademark royalty fees to Nike’s European headquarters, in the Dutch town of Hilversum, which was selling sneakers and other sportswear to thousands of independent wholesalers and retailers as well as directly to customers through Nike’s own stores across Europe.

The royalty fees shifted billions in profits away from Europe, where they would otherwise have been taxed, and salted them away about 3,680 miles across the sea in tax-free Bermuda - where, the leaked documents reveal, Nike has no staff or offices but merely a few documents on file at the Bermudan corporate registry and at Appleby, a legal and corporate services firm.

The ICIJ, German newspaper Süddeutsche Zeitung and more than 90 other media partners including The Irish Times , have been analysing about 6.8 million leaked documents from the internal files of offshore law firm Appleby Global and corporate services provider Estera, two businesses that operated together under the Appleby name until Estera became independent in 2016. Together with other documents and test purchases made across Europe, the leaked files reveal how Nike’s tax avoidance structure worked.

For years, enormous royalty payments to Bermuda went unmentioned in the accounts of Nike’s Dutch subsidiaries. The first clue as to the scale of money flowing offshore came last year when Nike made limited disclosures in a largely unrelated case in US Tax Court. Court submissions included brief mention of royalty payments to Bermuda in 2010, 2011 and 2012. Together, they totaled $3.86 billion.

The flow of trademark royalties had helped Nike build a $6.6 billion pile of offshore profits by June 2014. This sum had been taxed at just 3 per cent outside the United States. And because it remained offshore, it had yielded no US tax at all.

Presented with questions about this tax arrangement, Nike responded only with this statement: “Nike fully complies with tax regulations.”

In 2014, the generous deal that Nike received from Dutch tax authorities in 2005 was about to expire. But Nike and its advisers, including the US law firm Baker McKenzie, came up with a solution. With only a few adjustments, they realized, trademark payments could continue to flow out of Nike’s European headquarters with little or no tax.

After a reorganisation of Nike’s tax-avoidance structure in 2014, its operations in Hilversum made royalty payments of $982 million in 2015 and $1.13 billion in 2016, company accounts show.

Under the revised structure, the Swoosh and other trademarks had been transferred from the Bermuda subsidiary to a new Dutch subsidiary, Nike Innovate CV.

The initials “CV” appear repeatedly in the leaked Appleby and Estera records, offering a glimpse at one of the most secretive and effective components in tax-avoidance strategies.

The Netherlands’ CV - which stands for “commanditaire vennootschap,” or limited partnership - is born out of legislation dating back to the 1830s. In recent times, it has proved popular with multinationals because, if set up carefully, it can escape Dutch taxes and taxes elsewhere, too.

In effect, a CV that is owned by partners outside the Netherlands can be entirely stateless, and therefore taxless. Many US multinationals therefore set up non-Dutch holding companies that agree to form Dutch CVs.

This is how it works: Under the Dutch law, profits made through a CV are regarded as if they were made by the partners. As such, these earnings have been made outside the Netherlands and cannot be taxed there. Other countries, meanwhile, see the picture differently. They see Dutch CVs much like regular companies and regard the taxing rights as belonging to the Dutch.

In tax-avoidance circles, this confusion is much sought after and is known as a “hybrid mismatch.”

According to an analysis of US balance-of-payments data by Gabriel Zucman, an economist at the University of California, Berkeley, almost one in six dollars of foreign profit made by American multinationals last year was made - on paper at least - through Dutch subsidiaries.

Despite initial resistance from the Netherlands, the European Union this year adopted a directive requiring member states to tighten their tax laws to combat the most aggressive avoidance structures - including those involving CVs - by 2022 at the latest.

The Dutch Ministry of Finance said it expected to publish draft legislation next year with a view to the new rules coming into effect from the start of 2020.

In late 2016, the ministry had urged counterparts other EU member states to delay reforms because of the heavy toll they were likely to take on the Dutch economy, where the government estimates that 77,660 jobs are linked to US multinationals that had been drawn to the Netherlands by the possibility of developing tax structures using CVs.

“The loss of the advantages provided by this structure would make the Netherlands less attractive to the American multinationals who use it,” the ministry told the ICIJ in a statement.

“Without simultaneous changes in tax rates, jobs may be lost as companies relocated their head office functions to alternative locations where they can set up a hybrid mismatch structure or to low-tax countries.”

Despite the likelihood of new legislation to curb the use of CVs in tax planning, it has remained popular with US multinationals.

Ride-hailing app provider Uber has set up a Dutch CV with the help of Appleby (later Estera), as has data-storage group NetApp. For 2014 and 2015, NetApp’s CV made royalty profits of $1.1 billion, on which it paid no tax.

In the last two years Tesla has asked Appleby’s office on the Isle of Man - a tax haven about 5,100 miles from its headquarters in Palo Alto, California - to take minutes at meetings for its new CV.

Asked whether these meetings were taking place in the Isle of Man, whether Tesla’s CV held rights to any of the carmaker’s valuable intangible property and where the CV filed tax returns, Tesla declined to comment specifically. Instead, a spokesperson said in a statement: “Not only are we fully compliant with the law, but Tesla has not realised any tax benefit from [ITS CV].”

NetApp declined to comment, as did Uber, which is yet to realize a benefit from its tax structure as it spends profits on expansion.

Asked whether Nike Innovate CV files tax returns in any country or whether it is in fact stateless, Nike declined to comment.

In a statement, Nike said, “We rigorously ensure our tax filings are fully aligned with how we run our business, the investments we make and the jobs we create.”

Since switching property rights to the Swoosh and other trademarks from the Bermuda subsidiary to the Dutch partnership, Nike’s pile of offshore cash has continue to grow. At the end of May 2017, it had reached $12.2 billion.These accumulated earnings have been taxed at less than 2 percent by foreign tax authorities - and not at all in the US.

Meanwhile, Mark Parker, the Nike CEO, has also continued to prosper. For the last six years, he received compensation worth a total of nearly $144 million, in part for increasing profits and keeping taxes down.The chair of the compensation committee that sets Mr Parker’s pay is Apple chief executive Tim Cook, whose company has been similarly aggressive in reducing taxes.

On his conference call to Wall Street at the end of September 2017, Mr Parker once again sounded optimistic. “We’re very bullish on what’s coming down the pipeline,” he said.

And once again, Wall Street analysts were told that Nike had revised downward its forecast for the multinational’s effective tax rate.

Three months earlier, Nike had predicted finishing its financial year in May 2018 with a rate between 16 and 18 per cent. Since then, executives explained, expectations had altered. The new likely range was 15 to 17 per cent.

Contributors to this story: Helena Bengtsson

1 ‘I hate haggling because I hate when people do it to me’
2 Institutional investors spend €470m on residential properties in latest quarter
3 Monsoon landlords win challenge over creditors arrangement that cut rents
4 Irish elearning company LearnUpon closes €47.4 million investment
5 Covid-19 has shown that much of ‘normal’ life should have been binned years ago
Real news has value SUBSCRIBE