Brendan O’Carroll says he was not involved in tax avoidance 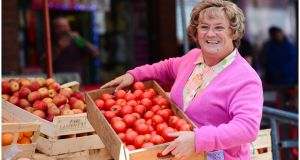 Three stars of the BBC sitcom Mrs Brown’s Boys reportedly put more than £2 million into companies in Mauritius as part of a tax avoidance scheme.

Patrick Houlihan and Martin and Fiona Delany took funds received from the production company owned by creator and star of the show, Brendan O’Carroll, and transferred them overseas, the BBC reported.

It is the latest claim to spring from the Paradise Papers leak.

Documents allegedly show money paid into a UK firm by the production company was transferred to Mauritius companies through a trust which took 12.5 per cent.

These companies, said to be under the actors’ control, then used a third party to pay loans into the three actors’ personal UK bank accounts, it is claimed.

Mr O’Carroll told the broadcaster neither he nor his companies had been involved in a tax avoidance scheme or structure.

Mr Houlihan told The Irish Times he did not fully understand the scheme, and that he had to Google what tax avoidance was when he was contacted by a BBC reporter.

The actors have not responded to the BBC’s request for comment.

Guidance released in summer 2016 from HM Revenue and Customs warned that it can tax loans paid to contractors or freelance workers through trusts or umbrella companies, just like normal income.

“In reality, you don’t pay the loan back, so it’s no different to normal income and is taxable,” the guidance said.

1 How long can Government afford to keep State pension age at 66?
2 Guinness brings out a non-alcoholic version of the black stuff
3 Frank Fitzgibbon stepping down as Sunday Times editor
4 How much will a Covid-19 vaccine cost?
5 Don’t worry about the deficit – the lockdown risk is to jobs
Real news has value SUBSCRIBE