Former key strategist for Fine Gael and Chief Executive Officer of Rehab, Frank Flannery, appears in the Mossack Fonseca file leak in relation to the purchase of a house in London. He says, however, no offshore company was involved with the purchase. 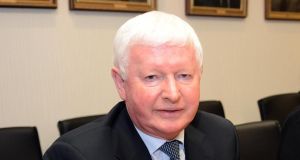 Frank Flannery told The Irish Times a loan from Bank of Ireland Private Banking provided all of the money for the purchase of a house for £615,000 in the Primrose Hill area of north London in 1996. File photograph: Eric Luke 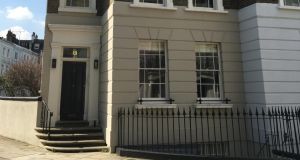 Frank Flannery said no third parties were involved in supporting the purchase of 19 Chalcot Crescent, and he could not explain documents in the leaked Panama Papers that show an involvement of a BVI company called International Funding Promotions Ltd.

Former Fine Gael strategist and Rehab chief executive Frank Flannery has said he cannot explain documents that show a £250,000 deposit in the name of a British Virgin Islands (BVI) company being used to support his purchase of a house in London.

Mr Flannery told The Irish Times that a loan from Bank of Ireland Private Banking provided all of the money for the purchase of a house for £615,000 in the Primrose Hill area of north London in 1996.

He said no third parties were involved in supporting the purchase of 19 Chalcot Crescent, and he could not explain documents in the leaked Panama Papers that show an involvement of a BVI company called International Funding Promotions Ltd.

The leaked documents include an April 29th, 1996 letter from senior Bank of Ireland manager in London, Joe Holden, to Mr Flannery and his wife setting out the terms and conditions for the proposed loan. The security listed does not include any mention of the BVI company.

However, the files also contain a second letter from Mr Holden of the same date, which said that “in addition to the security detailed in the above captioned letter of offer”, the bank is also going to rely on a third party security interest agreement “to be provided by the trustees/directors of an offshore company domiciled in Jersey, in the amount of £250,000”.

The BVI company was established a month later, on May 22nd, at the request of a company secretarial services firm in Jersey. The leaked files include a copy of a June 19th, 1996 guarantee between Bank of Ireland and the BVI company in relation to the Flannery loan, signed by Mr Holden and stamped by the company.

They also include a copy of a BVI register showing that the BVI company registered its guarantee of the overall loan and its security agreement in relation to £250,000 in an account of the company’s with the Bank of Ireland in Jersey. The security was registered on August 14th, 1996, following correspondence between Jersey and lawyers in the BVI.

The files also include a letter to the Bank of Ireland in Jersey signed by Mr Holden and saying the BVI company’s account should be redesignated to the bank’s name and that from then on only the bank could issue instructions in relation to the account.

There is nothing in the files to show who owned International Funding Promotions, or what happened to the money that was deposited in Jersey.

“In so far as I am aware I borrowed money from Bank of Ireland in London to purchase 19 Chalcot Crescent and Bank of Ireland took a first legal charge over this property, which charge I discharged in full from my own personal funds and without any contribution from any third party.”

Mr Flannery said he had no recollection whatsoever of any second letter from Mr Holden “and I am a stranger to the matters set out in it”.

At the time of the purchase of the house, Mr Flannery had moved to London to pursue a number of projects on behalf of Rehab, including an ambitious project to set up a UK lottery operation similar to the one Rehab operated in Ireland. He lived in the London house over the subsequent years.

He said that at the time his financial affairs were extensively managed by an accountant who has since died. The London house was sold in 2012, for £2.8 million, according to the UK property register.

Mr Flannery’s role as a senior figure with, and trustee of, the Fine Gael party came to an end in 2014 when it was disclosed that he had been paid by Rehab, of which he was still then a director, for lobbying the Government.

It also emerged that he had been paid more than €350,000 over six years for consultancy services provided to Rehab, and had invoiced Rehab for the services using a company that had been dissolved.

He refused to appear before the Dáil Committee on Public Accounts to discuss the Rehab payments.

The leaked Panama Papers include two signed letters from Joe Holden of Bank of Ireland Private Banking, London, to Frank Flannery and his wife, dated April 29th, 1996. The first is a letter of offer which says the bank will give the couple a term loan of up to £625,000 to be used to purchase a house in London for £615,000, with the £10,000 excess being for legal and other fees.

The terms and security, set out in the letter, include a charge over the property, life cover of £400,000 for each of the borrowers for the term of the loan, and other issues. The letter cites an eight-year term, and refers to 96 monthly payments of £4,036.45 per month, variable, ie depending on how interest rates change. That number of monthly repayments of that amount would total £387,499.20. Mr Flannery and his wife signed the letter on May 1st, and 2nd, respectively, the leaked files show. A second letter signed by Mr Holden referred to the first one of the same date and concerned additional security he said the bank would rely on. This involved an account of an unnamed offshore company (“domiciled in Jersey”) holding £250,000. The letter said the agreement will secure for the bank any interest on the £250,000 for the duration of the loan, save an amount in the region of £2,000 to £3,000 per annum for running the trust structure behind the offshore company.

The leaked documents do not include a copy of this letter signed by Mr Flannery or his wife and Mr Flannery has said he has “no recollection whatever” of any such letter.

More from the Panama Papers

Panama Papers: Inside the fall of Mossack Fonseca

About the Panama Papers 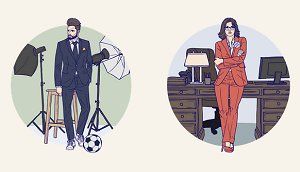 Stairway to tax heaven Can you hide your cash offshore? Pick a character and don't get caught
Panama Papers firm to close in Jersey, Gibraltar, Isle of Man

US should be added to tax haven blacklist, says EU report

Searchable database displays more than 200,000 entities from the Panama Papers

Panama Papers: From the Guatemalan Drug Queen to the ‘most dangerous mobster in the world’