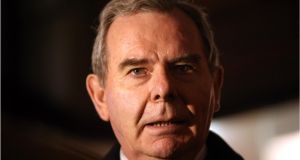 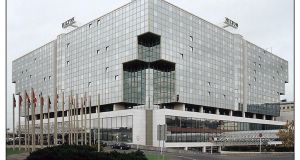 Quinn Group Hotels, which includes the Hilton Prague Hotel in the capital of the Czech Republic among its tangible assets, saw operating profits balloon to €893,000 from €103,000 the year before.

However, after the deduction of interest owed and expenses, losses for the year amounted to €3.4 million, which was down from losses of €5.3 million the year before.

The Hilton Prague Hotel is located close to the centre of Prague, overlooking the river Vltava. The hotel comprises 791 different rooms and suites, as well as 38 meeting rooms, a congress hall and a grand ballroom.

It was recently valued at €222 million by Jones Lang Lasalle Hotels, which was up 31 per cent on a previous valuation of €170 million. The company said the increase “reflects enhancements to the fabric of the property together with improved trading conditions”.

From 2004, IBRC, the former Anglo Irish Bank, advanced various loans to Quinn Hotels Praha, but repayment terms were not adhered to, and the amount owed to IBRC by the company is recorded as €230.4 million, which is down from €258.1 million in 2015.

Quinn Group Hotels’ two directors are listed as Pat McCann, chief executive of the Republic’s largest hotel chain Dalata, and Robert Dix, who is a non-executive director of Siteserv and a former partner with KPMG.

Turnover for the year was €46.2 million, which was up from €45.9 million the year before, and continued to represent “significant sales volume”.

The group’s 2017 budget indicates that a positive EBIDTA (earnings before interest, tax and write-offs) “will be achievable” in the year ending December 31st, 2017, and the group expects to generate “significant positive cash flows” throughout the remainder of 2017 and into 2018.

Furthermore, the directors have planned further investment in the hotel over the course of 2017 as it prioritises ensuring “the property is maintained to the highest possible standard”.

Staff costs at the company amounted to €8 million, which were up from €7.8 million in 2015. The cost of directors and senior management came to almost €1.5 million, which was up from €1.4 million.

Separately, the Slieve Russell Hotel in Co Cavan, which was owned by Mr Quinn until IBRC formerly took control of it in 2011, saw its operating profit plummet to just over €1 million in 2016, from €8.3 million in 2015.

Slieve Russell Hotel Property, which has the same directorship as Quinn Group Hotels, saw profits after tax, expenses, and interest payable, fall to €332,000 from €7.4 million in 2015.

It recorded a net liability position of €50.9 million, which was down from €51.2 the year before. Turnover increased by €46,000 compared with the year before to reach €14.6 million.

The company received various loans from IBRC from 2007 on, and some €70 million was payable to IBRC as of the end of last year. Wages and salaries rose to €5.7 million from €5.5 million.