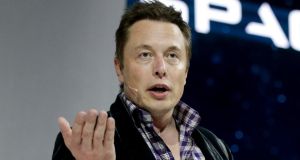 What makes Elon Musk so fascinating? There are lots of billionaire tech entrepreneurs, but only Musk really captures the imagination, in part because he plays the role with such obvious relish, as if he’s a character in a Hollywood film.

His actions are so ambitious and unpredictable they seem designed to derive whoops of support from an adoring audience. There’s the space exploration company, most obviously, the hyperloop superfast train project, the vast solar panel project, the unfathomably huge battery factory, and on and on. The fact he made his initial fortune at PayPal seems in retrospect so banal that it appears to be some sort of mistake on his CV.

His latest move has generated another round of adoring applause across the internet, and with good reason. Last week, in a blog post knowingly titled All Our Patent Are Belong To You (he even gets away with referencing classic internet memes in his pronouncements), Musk explained that his electric car company Tesla was forgoing its armoury of patents.

“Yesterday, there was a wall of Tesla patents in the lobby of our Palo Alto headquarters. That is no longer the case. They have been removed, in the spirit of the open source movement, for the advancement of electric vehicle technology,” Musk wrote.

“Tesla Motors was created to accelerate the advent of sustainable transport. If we clear a path to the creation of compelling electric vehicles, but then lay intellectual property landmines behind us to inhibit others, we are acting in a manner contrary to that goal. Tesla will not initiate patent lawsuits against anyone who, in good faith, wants to use our technology.”

This is a ballsy move, and generated enormous amounts of positive publicity. Technology watchers everywhere are all too aware of how the convoluted patent system is strangling innovation, and Musk’s move struck a crowd-pleasing note in decrying its limitations.

After all, the patent system was designed to encourage inventors by safeguarding their work; currently, it provides rather perverse incentives and rewards far too many abuses. As Musk points out, patents have stopped functioning for their intended purpose. “Maybe they were good long ago, but too often these days they serve merely to stifle progress, entrench the positions of giant corporations and enrich those in the legal profession, rather than the actual inventors.”

Tesla’s situation is a perfect example of how patents, and their overzealous enforcement, can hinder a developing industry. At this early stage of the electric car revolution, what matters most is quickly scaling up the infrastructure of charging stations – without such a reliable network, the attractiveness of electric cars will always be limited for most drivers.

What Musk is attempting to do with this seemingly generous move is turbocharge the adoption of electric car manufacturing among rival automakers, and the establishment of common standards, making the development of such a charging infrastructure more economically feasible.

The telephone is a useful analogy in this case, because it also requires a ubiquitous, expensive network to be useful. People only start getting telephones when everyone has a telephone, and people only start buying electric cars when they know there are charging stations everywhere.

Adoption of the telephone

So Musk’s gesture is at least somewhat self-serving, and his statement warrants close analysis. His invocation of “the spirit of the open source movement” is problematic, for one thing, in that he isn’t actually open-sourcing Tesla’s technology, or even licensing the company’s patents. Instead, he is pledging not to “initiate patent lawsuits”. In particular, a lot hinges on that phrase “in good faith” – there’s a lot of wriggle room in that construction.

Who determines what sort of use is in good faith? Does Tesla allow widespread use for as long as is convenient, while the demand for electric cars quickly scales up, and then suddenly find certain use cases in bad faith once a competitive environment has been established?

Under Musk, that’s highly unlikely. But who’s to say how long Musk will be calling the shots? Hypothetically, consider what might happen in 20-30 years’ time, when electric cars are mainstream, perhaps even in the majority, and somebody else is in the chief executive’s chair at Tesla, facing crippling competition from other car companies using technology Tesla developed. Will that armoury of patents suddenly become too attractive to ignore?

Ultimately, however, Musk’s move demonstrates how fundamentally broken the patent system is in its current form. If he succeeds in forcing significant change in how patents are used, and abused, then he really will be a hero for the ages.