Women on Air calls for ‘hard data’ and broadcasting quotas 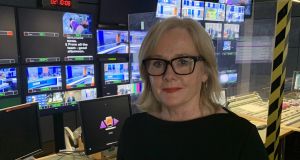 A decade after it was first set up, gender-equality campaign group Women on Air is coming up against a problem it had hoped would be resolved by now: a lack of data on how much – or little – progress Irish news and current affairs broadcasters have made on female representation.

“We need hard data and we need it urgently,” said Roisín Duffy, who chairs the not-for-profit group.

Women on Air has recommended to the Future of Media Commission that compulsory gender quotas be introduced for any broadcaster that receives public funding.

“We pay for it, we consume it and we need to be reflected in it,” Ms Duffy said, citing the TD candidate gender quotas introduced in the 2016 general election as an example of how quotas can work.

“There was an enormous amount of bluster about how it couldn’t be done but then they did it.”

Women on Air is first of all seeking measurable targets, suggesting an initial 40:60 ratio of female to male contributors that moves to 50:50 in a given timeframe. “Proper monitoring” could work on a model similar to the political party airtime monitoring deployed during elections, said Ms Duffy, an RTÉ news editor currently serving as foreign editor.

The last in-depth report, by the National Women’s Council of Ireland and DCU’s FuJo Institute, was published in 2015. It found that 72 per cent of voices – including presenters and reporters – on national current affairs radio were men. When it focused on guest contributors only, two-thirds of the broadcast time was provided by men.

Ms Duffy said her impression of coverage of the Covid-19 crisis was that women were under-represented on air. “I think at the beginning there were a lot of women there, but as time has gone on, it is the male voices that have tended to dominate. But, again, we don’t have data.”

Women on Air, founded by Margaret Ward in 2010, has “a real advocate” in Minister for Media Catherine Martin, Ms Duffy added. The Minister is one of the new cohort of 2016 TDs to receive media training through the organisation.

Its updated database of female experts aimed at broadcasters – compiled “so no one can say ‘We couldn’t find a woman’ ” – was launched when the Minister plugged it on social media. Almost 500 people signed up in the days that followed, with 100 requesting training.

Women on Air’s training is designed to “demystify” the experience of appearing on radio and television for expert contributors whose first instinct might be to say no. Ms Duffy said her experience editing RTÉ radio programmes meant she had encountered a “confidence issue” on the part of women that in part springs from people “not understanding the grammar of live radio”.

She advises interviewees that they have more control than they might think: they can ask questions such as who else will be appearing on an item and how long it will last can help. “Ultimately, I think it comes down to air miles.”

Ms Duffy is aware that journalistic time pressures mean producers can “end up going to someone who they know is going to do it”. But she disagrees with critics of quotas who argue that they amount to editorial interference.

“I don’t think it interferes with freedom of anything. I think it reflects the society in which we live and that’s what we’re meant to do as broadcasters.”

7 Rohan wins in planning row with Powerscourt Hotel over amphitheatre