Successor will be announced in due course, says Liberty Global 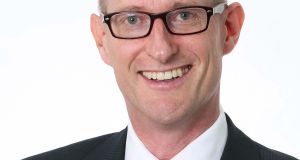 Virgin Media’s chief executive of operations in Ireland, Magnus Ternsjö, is moving to become the head of UPC Hungary, a sister company within the Liberty Global group.

Mr Ternsjö joined UPC Ireland as chief executive in June 2013 and became a member of the Virgin Media executive committee last December, when John Malone’s Liberty Global decided to merge UPC Ireland with its operations in the UK.

“Ireland is an important market for Virgin Media. We are investing to grow our business,” said Virgin Media chief executive Tom Mockridge.

The company said it would announce Mr Ternsjö’s successor in due course.

In his new role, Mr Ternsjö will be responsible for a business with 1,200 employees serving more than 700,000 cable customers.

Virgin Media Ireland has 505,200 customers and employed an average of 817 people last year.

Accounts for UPC Communications Ireland Limited recently filed at the Companies Office show that the company made a loss of €25.4 million in 2014, having narrowed these losses from €32.8 million the previous year. It recorded turnover of €351.3 million, up slightly from €347.8 million in 2013.