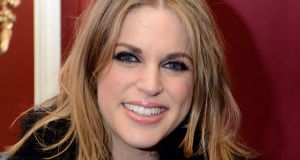 Ah. You wait years for one RTÉ show starring Amy Huberman and then two come along at once.

It’s the age of “peak TV”, and there’s seemingly no end to the sheer volume of new television shows clogging up our DVRs and lengthening our Netflix lists to infinity.

We all know the US television industry keeps pumping out shows that happen to be amazingly well-scripted, acted and directed, with budgets the size of Jupiter, and our next-door neighbours in Britain and our new Scandi friends are no slouches either.

When it comes to new Irish television, it often seems to be a miracle that anything gets made at all. Still, audience ratings consistently prove that Irish people will watch Irish-made television in their hundreds of thousands – even if they also grumble about it.

Later this month, RTÉ, TV3 and TG4 will be announcing their full roster of programmes, both new and returning, for the autumn and winter.

But in the meantime, here’s a taster of some of the brand new homegrown shows that are (mostly) coming soon.

Keeping Ireland Alive: The Health Service in a Day, to give it its full title, is a major five-part documentary series from RTÉ with 75 cameras in locations around the country gaining unprecedented access to what could - in theory - be an unprecedented amount of misery.

Promising to show viewers the health service as they have never seen it before, from major operations to home visits by public health nurses, this RTÉ series is based on the BBC’s 2013 series Keeping Britain Alive: The NHS in a Day, which captured its fair share of heart-warming and inspirational moments amid the sadness and strain of an under-resourced health service.

This is one of those television programmes that has the potential to really help change things.

An Irish version of the Channel 4 television show about, er, people watching television has been in the production pipeline for more than two years now but is finally almost here.

With the all-important casting process now complete, TV3’s Gogglebox will be made by Kite Entertainment alongside All3Media subsidiary Studio Lambert, which makes the UK version. (All3Media is 50 per cent owned by Liberty Global, which bought TV3 Group last year.)

The big question is who will do the job the late Caroline Aherne did for Channel 4 and narrate the show? I’m hoping the makers at least asked Gay Byrne.

Striking Out, RTÉ One

Filming on this Amy Huberman legal drama, originally called Cheaters, is due to finish in September. The starry series has been created by James Phelan, who was the man responsible for TG4’s highly amusing Éirí Amach Amú (Wrecking the Rising), and features Huberman as Tara, a solicitor who sets up her own practice after catching her fiancé and colleague Eric (Rory Keenan) “playing away”. So far, so Good Wife.

Striking Out, which “explores modern love, relationships and life in Ireland”, is produced for RTÉ by Katie Holly and Yvonne Donohoe of Blinder Films, with international co-financing from DCD Rights and Acorn Media Enterprises.

The bad news here is that the first run has just four parts, but as RTÉ is keen to have a recurring contemporary drama again, if people watch it, they will surely make more.

Ah. You wait years for one RTÉ show starring Amy Huberman and then two come along at once. Her role in six-part comedy drama Can’t Cope Won’t Cope, however, is a supporting one. Nika McGuigan and Seána Kerslake play leads Aisling and Danielle, Cork twentysomethings whose relationship and lifestyle spirals out of control during a series of “mad nights out” in Dublin.

Another member of the supporting cast to watch out for in this Deadpan Pictures production is Eileen Walsh, who played Sharon’s hilariously messy best friend Kate in Catastrophe. But perhaps the most promising thing about Can’t Cope Won’t Cope, which is due on air in September, is that it is by the talented Stefanie Preissner, the writer and performer of the one-woman play Solpadeine is my Boyfriend, which was raw and young in the best sense.

Expect some darkness alongside the laughs.

Dancing with the Stars, RTÉ One

RTÉ could show a tiddlywinks competition at teatime on a Sunday and still pull in half a million viewers, but its acquisition of the Dancing with the Stars format from the BBC is truly eye-catching. Absolutely nothing has been announced about hosts, judges or 11 competitors for this Irish Strictly Come Dancing, but it’s likely to be a live broadcast with a phone vote and a spin-off show, in keeping with the BBC format.

If Marty Whelan isn’t presenting the thing, we look forward to him donning sequinned lycra for the actual competition. Bray’s Tristan MacManus has featured as a professional dancer on several seasons of Strictly Come Dancing and the US version of Dancing with the Stars, and better still is a very funny man, so he would make a brilliant judge. The fate of this all-ages show is in the hands of Larry Bass’s production company Shinawil, which will be making it instead of the axed Voice of Ireland.

The pursuit of the glitterball trophy will keep the tabloids going right through January and February. I’m quite excited myself.

My Mother and Other Strangers, BBC One

It stars Hattie Morahan and Owen McDonnell as the Coynes, a married couple who become two sides of a love triangle inevitably created when a “handsome and charming” American airman who looks terribly like Ken Cosgrove from Mad Men (Aaron Staton) arrives in their rural parish.

Eileen O’Higgins, who radiated as Saoirse Ronan’s Enniscorthy friend Nancy in Brooklyn, plays the oldest of the three Coyne children.

My Mother and Other Strangers comes from the high-pedigree drama department based at BBC Northern Ireland in Belfast, which is overseen by head of drama Stephen Wright.

RTÉ will be showing both this and another BBC commission, the EastEnders spin-off Redwater. This will be co-produced by Element Pictures and set in Ireland, presumably without invoking the stereotypes that dominated EastEnders’ infamous Irish episodes of 1997, which were all donkeys and drunkenness.

First comes love, then comes the reality television appearance. Then Comes Marriage? has invited couples to take part in “the ultimate relationship bootcamp”, which is apparently not marriage itself, but a mere two days in a luxury retreat under the surveillance of cameras and guidance of “Ireland’s leading relationship experts”.

Participating couples will complete a series of challenges aimed at getting to know their partner better. You don’t actually have to be engaged to take part.

If this sounds familiar, it’s because Then Comes Marriage?, made by Independent Pictures, originally ran as a pilot as part of RTÉ’s Format Farm “incubator” scheme, and it has now been commissioned for a run of six one-hour episodes.

RTÉ loves a good wedding, so let’s hope this show doesn’t put too many people off, or there won’t be anyone left to appear on Don’t Tell the Bride.

TV3 has been planning to put Seven O’Clock Show co-host Lucy Kennedy front and centre on her own show for a while now for the obvious reason that she is one of its biggest presenting assets.

Before she left TV3 Group earlier this year, ex-director of content Lynda McQuaid had been in negotiations with Adare Productions, the company that made Livin’ With Lucy for RTÉ from 2008 to 2010, about producing a new Lucy show, saying she wanted “something fresh”.

But the likelihood is the vehicle will have a similar format to Livin’ With Lucy, and possibly even the same name as this show, in which the presenter spent a weekend in the homes of various celebrities, eliciting their wisdom.

Kennedy, who is currently expecting her third child, has the right kind of wit and amiability to make this work, and it also seems a very good fit for TV3.

And two more for the future...

This three-part series from the team behind An Crisis and Crisis Eile is scheduled to go into production later this year. Viewers can expect an Irish-language musical drama that “follows one woman’s efforts to eliminate her husband with the help of an old flame”. Murder on the dancefloor?

Written by Antoine Ó Flatharta (Stella Days), Jive will be made for TG4 by Wildfire Films, the company behind one of the most-watched home-produced shows on Irish television last Christmas, the soap opera nostalgia-fest that was the one-off documentary Well Holy God It’s Glenroe.

When was the last time you saw a home-made conspiracy thriller on RTÉ? It can’t have been all the way back to Proof (2004/2005), starring Borgen’s own Sidse Babett Knudsen, can it?

The wait is not yet over, as Acceptable Risk is a long way off transmission, but here’s what we know. It has got six parts. It will be written by Ron Hutchinson, an Emmy-award winning LA-based screenwriter and playwright born in Northern Ireland.

And it will be produced for the broadcaster by Saffron Pictures, the company behind past RTÉ dramas Love is the Drug and the fact-based Whistleblower, and Soho Moon Pictures, which counts the superior documentaries Carol Morley’s Dreams of a Life and Aoife Kelleher’s One Million Dubliners on its CV. Pray for a satisfying ending.