RTÉ to introduce new service to target listeners in UK 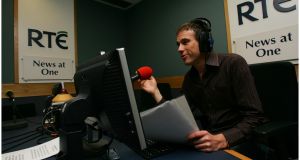 RTÉ is to introduce a new service on digital radio that will include targeted programming commissioned for audiences in Britain.

The move is designed to partly offset the loss of the station’s longwave radio frequency, which will cease broadcasting in June 2019.

The service on DAB+ digital radio is modelled from RTÉ Radio 1. The station said it would work with stakeholders to maintain contact with the Irish community in Britain.

Details of the service are still being worked out but it is likely to include a limited amount of new targeted programming commissioned for audiences in Britain. As a terrestrial radio service this is subject to regulatory approval in the UK.

“While ultimately the future of the longwave service is an operational matter for RTÉ, I very much welcome the broadcaster’s practical involvement and its engagement in the process that has led to today’s announcement,” he said.

“It is crucial that we work with all partner bodies to evolve a replacement service and that RTÉ plays its part in supporting evolving technologies,” she said. “I’m confident we have a meaningful solution and the goodwill to make a success of it for audiences.”

6 Irish whiskey sales near milestone of 12m cases a year