RTÉ to get classy under new cross-media plan 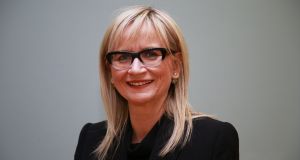 RTÉ will be aiming for a touch of class in its autumn programming season.

The public service broadcaster plans to bring the theme of class, pay and Ireland’s wealth divide to the fore across its television, radio and online output, in what is expected to be the first of several cross-media projects under a new management structure.

RTÉ director-general Dee Forbes has declared it her mission to break down traditional commissioning “silos” within RTÉ and encourage more co-operation between different teams, in a plan known internally as “One RTÉ”.

The idea is that rather than commissioning a flagship documentary for television in isolation from other teams, RTÉ will more often seek to address big “public service” themes across its services.

It already supports its biggest television entertainment shows, such as Operation Transformation and Dancing with the Stars, with radio slots, digital extras and social media activity, while it also took a cross-media approach to last November’s Science Week.

The new structure, set to be in place by October, will be led by a yet-to-be-appointed director of channels, audience and marketing, while the current managing director of radio, Jim Jennings, has already been installed as head of content.

The channels, audience and marketing role was advertised at the end of March and will be a powerful one within RTÉ, with the appointee set to work closely with Ms Forbes in her bid to streamline the organisation. The changes are expected to prompt in the region of 200 voluntary redundancies.

The broadcaster is also in the process of recruiting a director of operations and production services. This person will be charged with “aligning” RTÉ operations with its plan to become “more agile and responsive to market dynamics”.

RTÉ’s 2017-2018 season will be launched in the autumn, with television highlights including the six-part “Big Pharma” thriller Acceptable Risk and the six-part Alison Spittle comedy Nowhere Fast.