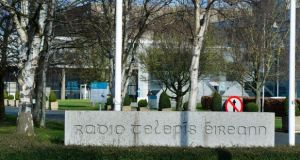 RTÉ is to receive an extra €10 million from the Government and a commission on the future of public service broadcasting is to be established under proposals set to be considered by the Cabinet today. File photograph: Cyril Byrne/The Irish Times.

RTÉ is to receive an extra €10 million from the Government and a commission on the future of public service broadcasting is to be established under proposals set to be considered by the Cabinet today.

Senior figures in RTÉ had been expecting the additional €10 million and were surprised it was not announced by Minister for Finance Paschal Donohoe on budget day.

A number of measures related to the broadcaster are to be considered by the Cabinet, including the reappointment of members of its board.

The commission on the future of public service broadcasting is to be proposed by Minister for Communications Richard Bruton. Sources said he will bring a memo to Cabinet in response to RTÉ recently announcing plans to cut costs by €55 million and up to 200 jobs.

Government sources suggested that RTÉ should not finalise how much land it intends to sell at its Donnybrook headquarters until it decides what size of an organisation it wants to be in future.

RTÉ Director General Dee Forbes is due before the Oireachtas communications committee today and is expected to say that a possible seven-year wait for a new broadcasting charge to replace the television licence fee is “untenable”.