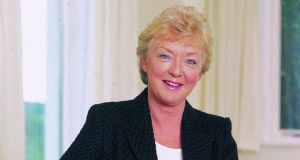 RTÉ Radio has recovered some of the listeners it lost over the past year, with key presenters arresting their audience declines and flagship shows enjoying a turnaround, according to the latest Joint National Listenership Research radio ratings.

Marian Finucane, whose weekend current affairs shows recorded large falls in its audience in previous surveys, added 37,000 listeners to her Sunday show in the July 2012-June 2013 period, compared to the previous April 2012-March 2013 survey. Her Saturday show also made gains, although listenership of both programmes is still lower than it was a year ago.

The John Murray Show, which has been hosted in recent months by Miriam O’Callaghan as the presenter is on sick leave, saw its audience rise 3,000. Weekend interview show Miriam Meets recovered listeners and is now almost back to where it was a year ago at 270,000, while Saturday with Claire Byrne’s audience is 214,000, up 24,000 since the last survey.

The figures will provide some relief to the new management at RTÉ Radio. Tom McGuire, the acting head of Radio 1, said the station’s weekend programming had “delivered new listeners in abundance”, while Jim Jennings, the acting managing director of RTÉ Radio following the departure of Clare Duignan, said the figures cemented Radio 1’s position and showed that 2fm was “heading in the right direction”.

The new head of 2fm, Dan Healy, said the latest ratings signalled “a turn in fortunes” for the station. Ryan Tubridy “continues to be the main audience driver” for 2fm, Mr Healy said. Tubridy’s listenership was flat since the last survey at 159,000, and is 16,000 lower than it was a year ago.

Rick in the Afternoon, presented by Rick O’Shea, was 2fm’s biggest weekday climber, adding 10,000 listeners since the last survey to 117,000, while Saturday’s Weekenders with Ruth Scott and Paddy McKenna climbed 21,000 year-on-year to 108,000.

RTÉ Radio 1, 2fm and Newstalk have increased their market share slightly since the April 2012-March 2013 survey, while Today FM’s share of listening nudged down.

TodayFM’s three biggest shows - The Ray D’Arcy Show, The Ian Dempsey Breakfast Show and The Last Word with Matt Cooper - all saw their listenership fall since the last survey, with each presenter having at least 20,000 fewer listeners than last year.

The Communicorp-owned station pointed to Ray D’Arcy’s 76,000 lead over Ryan Tubridy, with 235,000 people tuning into D’Arcy versus Tubridy’s 159,000. Today FM’s market share of peak-time listening remains higher than 2fm’s, but the gap has closed slightly in Dublin.

The big success story for the Communicorp station over the past year has been Seán Moncrieff’s afternoon show, which now has 112,000 listeners, up 19,000 year-on-year.

The Independent Broadcasters of Ireland group pointed to the 67.2 per cent combined market share of commercial stations and said the sector was producing radio that was “proving to be the most relevant” to audiences.

National radio stations hold the majority share position in Dublin and the Dublin commuter belt, while local and regional radio is the more popular choice in other regions, particularly in the North West and Cork. In terms of minutes listened between 7am and 7pm, Highland Radio, Midwest Radio, Tipp FM and Radio Kerry hold the majority share position in their franchise areas.

The Ipsos MRBI / JNLR survey shows that 84 per cent of all adults listen to radio every weekday, down 1 per cent on last year.