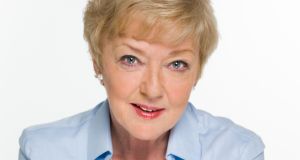 Marian Finucane and RTÉ Radio 1’s weekend sports coverage were the main winners in the latest radio ratings, according to the Joint National Listenership Research (JNLR) survey for 2017.

A difficult end to the year for Today FM saw the Communicorp-owned station lose listeners in the lunchtime slot presented from February 2017 until mid-November by Al Porter, who then resigned from the station amid allegations of inappropriate behaviour.

The decision to put Ivan Yates in the competitive drivetime slot was rewarded with a nudge up in its audience. The slot, renamed the Hard Shoulder, has 139,000 listeners, up 4,000 since the last survey. This means it now has a larger audience than Today FM’s the Last Word with Matt Cooper, which fell 2,000 to 134,000, although the Today FM show is a half hour shorter than the Newstalk one.

Newstalk’s Sean Moncrieff has added 17,000 listeners over the past year, bringing his afternoon audience to 82,000, while evening sports show Off the Ball reached 55,000, up 7,000 year-on-year. However, Pat Kenny has lost 7,000 listeners from his mid-morning show since the last survey, taking him down to 143,000.

Weekday morning audiences were under pressure across the national stations, with Today FM’s breakfast presenter Ian Dempsey’s audience of 160,000 down 9,000 listeners on the last survey and down 7,000 year-on-year.

A number of other Radio 1 weekday shows slipped back. This contrasts with its weekend performance, which also saw good gains for Miriam O’Callaghan, the Business with Richard Curran and Claire Byrne’s Saturday show, which has now come to an end following Byrne’s move to News at One.

Head of Radio 1 Tom McGuire said the new News at One roster of Áine Lawlor and Claire Byrne was “really the fulcrum of the day” on the station, while Byrne’s permanent Saturday replacement, Cormac Ó hEadhra, would “bring his own spice” to the schedule after “a good apprenticeship” on other shows.

Overall, Radio 1’s market share fell from 22.6 per cent to 22.2 per cent. However, RTÉ pointed to gains in the weekly reach of all of its stations, which when combined have exceeded 2 million for the first time.

Dan Healy, the head of 2fm, said he was happy with the incremental growth in its audience, particularly among the station’s target 15-34-year-old age group. “Everyone here is breathing a lot easier,” he said. However, the station is “still burning off” some of its older audience, while it has yet to bed in its new weekend schedule.

In a departure for the station, a 2fm radio drama could go into production later this year, he said, also flagging the station’s plans to include more current affairs and “public service content”.

“The 15-34-year-old age group like content, and they like news and current affairs,” he said. “We’re heading into an interesting time in Ireland with the referendum coming up and we’ll be looking at how we cover that.”

The survey, which is compiled for the radio industry by research firm Ipsos MRBI, found that the medium remains strong in Ireland, with 83 per cent of adults listening on a typical day for more than four hours on average.

JNLR listenership figures for January 2017 to end of December 2017