On-demand viewing has soared, with RTÉ’s streams up 33 per cent in 2016 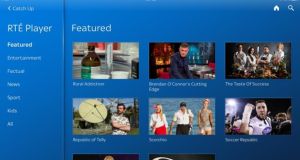 RTÉ’s on-demand content can now be accessed through Sky’s apps. 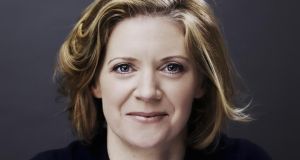 Aisling McCabe, RTÉ’s director of strategic platforms and partnerships: “The landscape is changing.”

RTÉ’s on-demand service RTÉ Player will be available to viewers through Sky’s mobile apps from today as part of a deal between the two rival broadcasters.

Its programmes can now be accessed through the Sky Go and Sky Q apps on mobiles, tablets and laptops.

RTÉ Player was initially absent from Sky’s range of catch-up services when they launched in January 2014, but a partnership agreement with Sky, the biggest pay-TV company in Ireland, was signed last September after a series of negotiations.

This deal has already led to the addition of the RTÉ One +1, RTÉ One HD and RTÉ News Now channels to Sky’s set-top boxes, with the RTÉ Player becoming available via its set-top boxes in July.

“On-the-go services are part of what television operators are offering now, and there is big demand for it. Our strategy is to be where our audience wants to be.”

Mobile and tablet devices currently account for 55 per cent of the traffic to the RTÉ Player. Mobile usage is a key source of growth, Ms McCabe said.

The decision to join Sky’s mobile apps is likely to further boost usage of the RTÉ Player, which has also just launched on smart television sets manufactured by LG.

Versions of the RTÉ Player are already on Samsung smart TVs and Microsoft’s Xbox platform, as well as the services of pay-TV platforms Virgin Media, Eir and Vodafone, while there have been more than 2.2 million downloads of the RTÉ Player app to date.

Ms McCabe said the popularity of Netflix had encouraged more viewers to get in the habit of watching television on-demand.

The trend is expected to put pressure on the original model of watching programmes as they are broadcast on “linear” channels.

This traditional method of consuming television still accounts for the bulk of viewing, but for younger viewers the habit is much less entrenched.

1 Ireland faces 'deep downturn' this year and may not rebound until 2024 if there is a second wave
2 ‘The rental situation stops me moving back home’
3 John FitzGerald: Civil Service expertise key to Government policy
4 How much do Irish people earn? And what will Covid-19 do to our wages?
5 Why are markets booming when a crash is on the way?
6 Ryanair pilots accept 20% pay cut, airline says
7 Dublin consultancy Pathfinder set for expansion after buyout by Sia Partners
8 Major works at Rosslare Europort after €30m investment from Irish Rail
9 Red tape logjam creates fear for Irish timber supply
10 Why UK supermarkets are not making super profits
Real news has value SUBSCRIBE