RTÉ may make concession on outsourcing of youth programming

Broadcaster could continue to produce presenter links between shows in-house 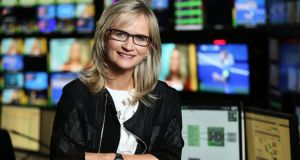 RTÉ’s young people’s programming department may continue to produce presenter links between shows in-house, but the broadcaster’s plan to outsource the making of youth programmes to the independent sector will proceed.

A consultation process between RTÉ and staff trade unions was due to end on January 31st, but talks between management and union representatives are ongoing.

RTÉ told staff in the youth programming department in November about the plan to outsource the production of all of its young people’s programming.

The plan, which is designed to save money, was paused after RTÉ admitted it had breached a “guiding principle agreement” to consult with unions ahead of such a move.

In a statement on Wednesday, RTÉ said the details of any future in-house production were still being worked on.

It said the Trade Union Group (TUG) and RTÉ had agreed to quarterly reviews of the situation.

“RTÉ and the TUG are committed to working together to ensure that younger audiences continue to be served, while maintaining the necessary savings that had previously been identified given RTÉ’s ongoing funding concerns,” RTÉ said.

The RTÉ move may benefit Irish independent production companies, if they win commissions as a result of it.

However, the decision was greeted with dismay both inside and outside RTÉ last November and prompted director-general Dee Forbes to hold a series of “town hall” meetings with employees at the broadcaster’s Montrose campus to explain its rationale.

RTÉ recorded a financial deficit of €2.8 million in 2015, while its deficit for 2016, which is yet to be published, is believed to have come in at more than €20 million.