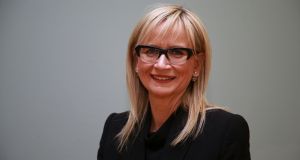 RTÉ has confirmed it made a loss of almost €20 million in 2016, a “financially difficult” year marked by “onerous” costs for special events and weaker than expected commercial revenues following the Brexit vote.

Director-general Dee Forbes, who took up her position in July 2016, said “uncertainty” surrounding the television licence fee system was now “making it almost impossible” for the broadcaster to plan ahead.

The net deficit of €19.7 million, recorded in RTÉ’s annual report, follows a €2.8 million deficit in 2015. A deficit of this magnitude had been unofficially flagged since last summer.

The broadcaster also recorded deficits for four consecutive years between 2009 and 2012.

Last year, RTÉ spent €16.1 million in its coverage of the general election, Euro 2016, the Olympic and Paralympic Games and the 1916 centenary celebrations, the annual report shows.

Excluding the impact of these “special events”, other operating costs rose €7 million to €327.3 million.

Commercial revenues, which began the year well but faltered in the second half, came in at €158.2 million. This was up €2.8 million or 2 per cent on 2015, but RTÉ had started 2016 hoping to secure much higher growth in advertising income.

“Much is now at risk,” said Ms Forbes, who identified her “primary focus” in the coming years as the galvanising public and political support for the underlying concept of public service media.

“I am fully aware that RTÉ needs to change and constantly earn the trust and support of the public in what it does every day,” she said. However, reform of public funding is essential, she added, if RTÉ is to “renew its relevance with audiences” and thrive in the future.

“The persistent failure to reform the TV Licence system has and is costing jobs across the sector, is causing a stark reduction on Irish-made television programming, is threatening the provision of trusted news and current affairs and is having a stifling effect on the potential of the Irish broadcasting sector as whole.”

In June, RTÉ sold almost nine acres of land at its Donnybrook campus for €107.5 million and a chunk of this money is now expected to be used to fund a programme of voluntary redundancies and retirements that could see more than 200 people leave the organisation.

The broadcaster is also expected to use part of the land sale proceeds to pay down a portion its debt. Net debt increased to €40 million as of the end of 2016, up from €25 million a year earlier, as the deepening deficit took its toll on cash flow and borrowings.

The director-general said the investment of proceeds from the land sale, combined with her plans to “reshape” the organisation, would “better equip RTÉ to meet the needs of our audiences in what is a very challenging market”.

RTÉ chairwoman Moya Doherty said achievements such as the growth of RTÉ’s digital services, its track record of investigative journalism and its widely praised coverage of the 1916 centenary had taken place against a backdrop of huge financial challenges.

“The board is continuing to work with the director-general to address these challenges, to help in the development of RTÉ’s new five-year strategy and the important evolution of Ireland’s national public media,” Ms Doherty said.

1 Ireland faces 'deep downturn' this year and may not rebound until 2024 if there is a second wave
2 ‘The rental situation stops me moving back home’
3 John FitzGerald: Civil Service expertise key to Government policy
4 Why are markets booming when a crash is on the way?
5 Major works at Rosslare Europort after €30m investment from Irish Rail
6 Dublin consultancy Pathfinder set for expansion after buyout by Sia Partners
7 How much do Irish people earn? And what will Covid-19 do to our wages?
8 Ryanair pilots accept 20% pay cut, airline says
9 Red tape logjam creates fear for Irish timber supply
10 Preliminary deal to allow Irish goods travel through UK reached - reports
Real news has value SUBSCRIBE