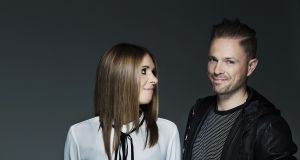 RTÉ 2fm closed in on rival Today FM’s market share, while Radio 1 added listeners in the morning but lost them in the afternoon, the latest radio figures show.

The Joint National Listenership Survey (JNLR) for October 2017 to the end of September 2018 also shows that Newstalk’s Ivan Yates has cemented his position as the Communicorp Media station’s most popular presenter.

On 2fm, the weekday peak-time shows of Breakfast Republic, the Nicky Byrne Show with Jenny Greene, Tracy Clifford and Eoghan McDermott all made gains taking the station’s market share up to 7.2 per cent, just behind Communicorp-owned Today FM’s 7.3 per cent.

Two years ago, 2fm was struggling with a 5.8 per cent share, but since then it has consistently added listeners.

Head of 2fm Dan Healy conceded the turnaround had taken longer than he had expected, but said the “steady incremental growth” secured by the youth-focused station over a string of JNLR surveys would stand it in good stead.

Mr Healy led an extensive revamp of the station’s line-up from 2013, but the last change to its main weekday schedule was made in 2015 when Ryan Tubridy returned to Radio 1.

The Westlife reunion tour will force some fresh tinkering in 2019, however, as band member Nicky Byrne will leave 2fm for an unconfirmed period of at least five months.

“In fairness to Nicky, we have had lots and lots of warning that this was coming. There have been no surprises here,” said Mr Healy.

Both Byrne and co-presenter Jenny Greene are strategically important to 2fm, with Greene’s live event collaborations with the RTÉ Concert Orchestra providing a key line of marketing for the station as well as a revenue stream from ticket sales.

A hip-hop themed concert that debuted at this year’s Electric Picnic will return to Dublin’s 3Arena over the Christmas period, Mr Healy said.

Byrne and Greene’s mid-morning show added 5,000 listeners in the latest figures, taking their audience to 153,000.

Over on Today FM, afternoon presenter Fergal D’Arcy bucked the fractionally negative trend for the station by adding 10,000 listeners since the last survey. His slot now has an audience of 112,000, up 15,000 year-on-year.

Newstalk held onto the record market share of 6.7 per cent reached in the last survey and also retained the second-highest listenership in Dublin with a share of 11 per cent.

Newstalk Breakfast lost 5,000 listeners, taking it back down to the 121,000 listenership it had a year ago, but Yates extended his lead over both station colleague Pat Kenny and drivetime slot rival Matt Cooper.

Yates’s show The Hard Shoulder has an audience of 157,000, up 4,000 since the last survey and up 22,000 over the past year. It now has 20,000 more listeners than Cooper’s The Last Word on Today FM, although the Newstalk programme benefits from having 30 minutes longer on its running time.

Despite a loss of 6,000 listeners in this survey, Mary Wilson’s Drivetime show on Radio 1 remains comfortably out in front of both men with a listenership of 222,000.

Overall, RTÉ Radio 1’s market share was steady at 21.9 per cent. Miriam O’Callaghan’s summer stint filling in for Sean O’Rourke in mid-morning saw that slot add 10,000 listeners since the last quarterly survey. This brought it up to 317,000, though it still has 7,000 fewer listeners than it did a year ago.

Ryan Tubridy and Ronan Collins made small gains and there was no change for Ray D’Arcy, but News at One and Liveline lost ground.

In Dublin, Wireless Group-owned FM104 saw its market share slip 1.3 percentage points to 9.3 per cent, while in Cork, sister station 96FM added 1.4 points. This took its share to 22.7 per cent, although Red FM remains out in front in the city with a 25.2 per cent share.

Some 82 per cent of people aged 15-plus listen to the radio every day, with the average listening time exceeding four hours, according to the survey of about 17,000 people, which is prepared every quarter for the radio industry and advertisers.

Radio accounts for 85.5 per cent of audio consumption, according to Ipsos MRBI research. This compares to 8.1 per cent for listening to owned music, 4.9 per cent for streaming service Spotify and 1.6 per cent for podcasts.

All changes are since last survey