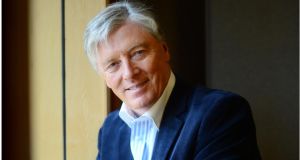 Listeners continue to drift away from RTÉ 2fm and Today FM, the latest survey of radio ratings shows.

2fm has lost 58,000 listeners over the past year, according to the Joint National Listenership Research (JNLR) survey for July 2015 to June 2016.

The head of the station, Dan Healy, said the figures were “not as strong as anticipated” and said 2fm’s schedule was suffering from the departure of Ryan Tubridy to RTÉ Radio 1 last autumn.

The loss of Tubridy has prompted a dip in the station’s listeners at about 9am on weekdays and had a negative impact on the shows that followed his morning programme in the schedule.

2fm’s Breakfast Republic, which was extended until 10am, has lost 11,000 listeners since the last quarterly survey. Its audience stands at 151,000.

The former Westlife star, whose show now starts one hour earlier, shed 55,000 listeners over the year.

Today FM, owned by Denis O’Brien’s Communicorp, has lost 47,000 listeners over the past year.

However, it saw a reversal in the recent fortunes of its drivetime show, The Last Word with Matt Cooper, which has added 7,000 listeners since the last survey, bringing its total to 139,000.

It regained the lead over Newstalk’s outgoing drivetime host George Hook, who has dropped 4,000 listeners to 132,000 since the last survey.

Otherwise, the weekday ratings at Communicorp’s Newstalk were stable, and there was good news for Pat Kenny, who has stemmed a recent decline.

The station is due to introduce a new schedule from September.

There were also gains for Playback and Claire Byrne, who added 6,000 listeners since the last survey, bringing her total to 24,000.

Sundays were softer, with losses for Finucane’s second show of the weekend, as well as for Miriam O’Callaghan and This Week.

It remains the most listened-to radio programme in Ireland.

Both presenters have brought in more listeners to their respective slots.

Local and regional stations saw their share of the national market fall slightly to 53.9 per cent, while Radio 1’s share nudged up 0.1 of a percentage point to 23.6 per cent.

2fm slipped back 0.1 of a percentage point to 6 per cent.

Mr Healy said the station’s key audience was 15-34-year-olds, among whom it has a 10.8 per cent market share.

FM104, one of the Irish stations recently acquired by Rupert Murdoch’s News Corp, remains the second most listened-to station in Dublin, with an 11.4 per cent share.

About 16,850 people were interviewed during the 12-month rolling survey by the research firm Ipsos MRBI.

Some 83 per cent of all adults listen to the radio on a typical day. In Dublin, that figure is 78 per cent.

Seventy-six per cent of 15-34-year-olds listen to the radio daily.