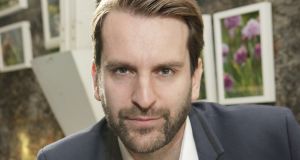 Acast has appointed Micheál Scully as key account director at its new Dublin office in a bid to attract a greater share of Irish marketing cash to the podcast medium.

Mr Scully, who has previously worked in commercial roles for Google, Electric Media, DoneDeal.ie and was managing director of Entertainment.ie, is the podcast company’s first on-the-ground hire for the Irish market.

Acast shows in Ireland such as the Blindboy Podcast, the 2 Johnnies, It Galz and the Irish History Podcast already garner more than 1.1 million listens between them every week, Acast said. However, there is a feeling in the industry that the sponsorship and advertising money devoted to podcasts lags their level of popularity.

The company said operating directly out of Dublin would help it “expand its offering to podcasters, publishers and advertisers” in the region and to “support the wider development” of the Irish podcast market.

Mr Scully will work closely with Acast’s London-based content development manager for the UK & Ireland, Jennifer Dollard, who is a former producer and content creator at Today FM.

“In the past two years, Irish podcast listenership has skyrocketed,” Mr Scully said. “But Irish marketing spend has yet to catch up. I’m here to expand on existing Acast relationships, build new ones, and support our investment in Ireland.”

Acast’s global senior vice-president of sales Joe Copeman said the Irish market was already a “burgeoning” one. The company, founded in Sweden in 2014, hopes to add to its Dublin team.