Exit comes after end of ‘The Frontline’, Tweetgate and public statements on pay 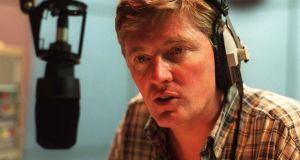 Broadcaster Pat Kenny: He spanned both entertainment and current affairs, though he was more suited to the latter

Pat Kenny was, for many years, the perfect man for RTÉ and theirs was a 41-year-marriage with more ups than downs.

He spanned both entertainment and current affairs, though he was (and remains) more suited to the latter. While he was never quite as comfortable as Gaybo at the silly side of showbusiness, he still donned many a Christmas jumper for the cover of the RTÉ Guide.

“I defy anyone to point to a broadcaster who can do a 20- minute interview on a complex subject as well as Pat Kenny,” said RTÉ director-general Noel Curran in April, while contract negotiations were still ongoing.

The negotiations were partly public. In May, an Oireachtas committee was assured that no presenter at RTÉ would be paid more than €500,000. The trouble was in 2011, Kenny was paid €630,000, a sum that amazingly didn’t even make him the highest paid RTÉ presenter for that year (Ryan Tubridy collected more).

This wasn’t the highest pay cheque Kenny had received from Montrose either. In 2008, Kenny was paid €950,976, under a contract struck by former director-general Cathal Goan.

Such payments were “overinflated”, Curran later said (in a polite echo of public opinion). It was true, but it can’t have been good for the ego. More pertinently, Kenny’s defection to Newstalk and the commercial sector comes not long after The Frontline, his Monday night RTÉ One current affairs strand, was axed and its audience format amalgamated into a thrice- weekly Prime Time. Kenny was unhappy with the change, and said so.

He will also feel hard done by that The Frontline’s legacy now largely involves one miserable word – “Tweetgate”.


Bogus tweet
On his radio show the morning after he had read out the notoriously bogus tweet, the presenter was unaware that its provenance had been questioned and the Broadcasting Authority of Ireland later ruled that the radio show “exacerbated the unfairness” to Seán Gallagher that had been evident in The Frontline.

For a seasoned professional, and a flagship radio programme, this was embarrassing.

Today, RTÉ will be feeling a little stung by Kenny’s departure. It is unlikely to have made any firm decisions on how it will replace Today with Pat Kenny – its sixth most popular radio programme – on the Radio 1 schedule or Kenny’s place in the Prime Time presenting roster.

Miriam O’Callaghan has proven popular on the airwaves and seems an obvious choice for the radio slot.

There will be no shortage of news and current affairs hacks competing for a career elevation on Prime Time and there is evidence that fresh faces are exactly what the RTÉ audience wants.

Focus group research carried out earlier this year by consultants Crowe Horwath found that viewers and listeners were “becoming fatigued” with the same old names. “There is considerable annoyance at a perceived lack of new blood in RTÉ.”

The argument defending high presenter fees was always that the “stars” brought in their audience, therefore commercial revenues, to RTÉ and were worth high six-digit payments on that basis. It is an argument that doesn’t account for the near 40 per cent plunge in RTÉ’s commercial revenues since 2007.

In any case, Kenny’s move to a similar slot on the Newstalk mid-morning schedule will prove one way or another how much of his listenership of 328,000 was down to loyalty to him, and how much of it reflected the strength of Radio 1 as a brand.

Yesterday, Kenny told his new Newstalk colleague Chris Donoghue that he hoped he would “persuade people to move down the dial”.

The simple answer is that some will, some won’t.

‘Boost’ to Newstalk
Alan Cox, chief executive of Core Media, the largest buyer of advertising in Ireland, believes the appointment “will get those listeners who have ignored Newstalk to sample the station” and that Kenny’s presence will boost the rest of the station’s schedule.

The breakfast slot has lost some ground over the past year and a Newstalk schedule announcement pencilled in for September may well announce the return to that programme of Ivan Yates after a bankruptcy sojourn to the UK. Between them, Yates and Kenny should be able to lift the Communicorp-owned station off its 8.2 per cent market share in Dublin and its sub-5 per cent national share of listening, where it has hovered unthreateningly for some time.

“It is a fantastic move for Newstalk and should be fantastic for Pat Kenny,” says Lisa Ní Choisdealbha, executive director of the Independent Broadcasters of Ireland group, which lobbies on behalf of the non-RTÉ radio sector, including Communicorp stations. “I would hope that people will move with him. Listeners tend to have one or two stations that they like, but there will be people who will tune in just to hear what he sounds like on another channel.”

Kenny (65) says he has “no immediate plans for TV” but would hope “to return to your screens in some capacity in the not too distant future”.

David McRedmond, chief executive of TV3, says the station – shortly due to unveil “one or two surprises” in its autumn schedule – hasn’t spoken to Kenny, but he seems open to a Kenny-Ballymount relationship. “Pat is a great broadcaster and my colleagues and I have great respect for him,” he says.

Given that Communicorp is owned by Denis O’Brien, who also holds the largest stake in Independent News & Media, a column in the Irish or Sunday Independent seems another possibility.

Kenny may not be loved in kitchens nationwide in the same way as Gay Byrne, Anne Doyle or even Joe Duffy, but you don’t present the Late Late Show for a decade only to find yourself bereft of opportunities for nixers.


RTÉ ‘efficiencies’
The Kenny-Montrose divorce is not without its upside for RTÉ, if only because it immediately takes more than half a million off its operating costs at a time when the Government is sen- ding in NewERA consultants to identify further “efficiencies” to the tune of €15 million.

Still, the station will probably have to be nice to Tubridy for a while.