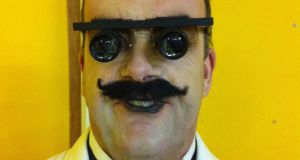 RTÉ Television’s heads of entertainment, drama, sport and other genres have been set new audience targets that give greater importance to how content is consumed on digital platforms.

“I am moving all my key strategic targets for genre heads,” says Glen Killane, RTÉ television managing director. “I’m saying I need you to take responsibility for how a programme does on Player, on YouTube, on social media.”

The linear television channels RTÉ One and Two are “still the most important part of what we do, but they aren’t all that we do”, he says.

As part of the greater emphasis on the digital distribution of its programmes, the broadcaster is likely to premiere more content on the RTÉ Player.

It tested a new “digital-first” earlier this year with the first episode of satirical series The Savage Eye made available on RTÉ Player a week ahead of its transmission on RTÉ Two. A similar approach to on-demand is taken by British broadcasters such as Channel 4 that cater for younger age groups.

Killane points to industry studies that suggest the availability of digital platforms tends to add to total viewing, rather than cannibalising the numbers who tune into programmes as they are broadcast.

“The difficulty we have, and I think the difficulty every broadcaster has, is measurement. You have to measure in order to monetise,” he says.