Kids’ TV not the only item on RTÉ outsourcing agenda

Move to end in-house children’s TV production was a mess, but not a shock 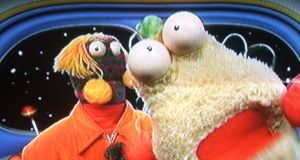 Killing Zig and Zag: RTÉ may be moving towards becoming a “publisher-broadcaster”, and much of what the station makes in-house could be made by outside companies

You don’t have to be an adult to work out RTÉ made a hames of its decision to outsource what was left of the in-house production of children’s television to the independent sector.

For those who have kept even half a bleary eye on what has been going on in Irish broadcasting of late, the decision itself should not have been too shocking, but its manner and timing were grim. As Radio 1’s Mary Wilson put it to one of the “men in suits” who delivered the news to the young people’s programming department last Wednesday, it had the hallmarks of “going in with the hatchet”.

By the time RTÉ One controller Adrian Lynch was sacrificed to Wilson on Friday evening, it was too late to win control of the message. As far as the public were concerned, RTÉ might as well have murdered Zig and Zag.

The state of play is that RTÉ has given a stay of execution of one month to the 15 contractors who were to have their contracts terminated at the end of December. After talks with its group of unions, management was obliged to admit it had breached a “guiding principles agreement” to consult with their representatives on significant issues. It was an embarrassing climbdown.

But let’s back up a little. In broadcasting, it is normal for programmes to be made by the independent sector. Indeed, RTÉ has a statutory obligation to spend about €40 million a year on commissions, which Lynch revealed it was “struggling” to meet.

It is also not unusual for a broadcaster to make little or no programmes itself. Channel 4, for example, is what is known as a publisher-broadcaster. It was set up to make nothing – not even Channel 4 News, which is produced by ITN.

Under political pressure – sometimes financial, often ideological – the BBC has over the decades shifted more and more of its programming output to “the indies”. Here are just two examples of the many programmes made by outside producers: its flagship Friday night chat-fest (The Graham Norton Show, made by the ITV Studios-owned So Television) and its weekly current affairs panel debate (Question Time, made by Mentorn).

The BBC’s current plan is to make about 300 production staff redundant as another batch of in-house shows, including Songs of Praise, are put out to tender. This will save it money and slim down the organisation.

As the situation stands, RTÉ also needs to save money and slim down the organisation. It has been hammered by intensifying competition for advertising revenues and damaged by years of Government inaction on public media funding. People do not want to pay their television licence fee, and many of them don’t.

As of the end of 2015, RTÉ employed 1,978 people, with 285 of this number part-time or casual. Nostalgia for Dempsey’s Den is not going to pay their wages. Slashing the pay of Ryan Tubridy, Ray D’Arcy and Joe Duffy won’t prevent RTÉ from recording a hat-trick of multimillion euro deficits for the years 2015, 2016 and 2017, which it is on track to do.

Within RTÉ, it is apparent that Dee Forbes, its director-general since July, is forming a plan that will stem these losses. This plan has yet to be unveiled and may not yet be finalised. But the whispers within Montrose talk of hundreds, not tens, of redundancies. Turning RTÉ into more of a publisher-broadcaster may be part of the equation.

The next targets may be sport, entertainment, arts. Despite the BBC Question Time example, RTÉ would likely baulk at outsourcing one of its main current affairs strands, while its news operations must be protected. Lynch also assured Wilson that Fair City would not be put out to tender, which can only be because RTÉ has satisfied itself that it would not save money by doing so now. Certainly, if it was starting a project like Fair City today, it wouldn’t dream of doing it in-house.

If saving licence fee payers’ money is the aim here, then more independent production is one possible solution. The independent sector, for its part, has called on the Government to do a proper cost-benefit study, after semi-state consultants NewERA fudged the issue in an earlier report, admitting its “desk-based analysis” was unable to “get to the core of the efficiency debate”.

In theory, much of what RTÉ makes in-house, from The Late Late Show down, could be made by outside companies, and the independent sector would love to get its hands on them. It all points to an unpleasant 2017 out in Montrose.