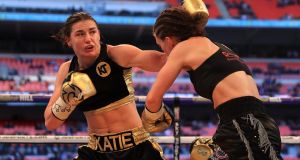 A new RTÉ drama called Rare Earth and a documentary on the boxer Katie Taylor’s move to turn professional are among the latest projects to receive public funding in the Broadcasting Authority of Ireland’s Sound & Vision scheme.

Rare Earth, a four-part environmental drama made by Bandit Films for RTÉ One in a coproduction with Canada’s Don Carmody Productions, received €350,000 from the BAI scheme. The series concentrates on the struggle for vital resources such as energy and water.

Drop Dead Weird, an Australian-Irish drama coproduction for RTÉjr, received €400,000 for its second series. This was the highest single award granted in a funding round that totalled almost €5.8 million.

The makers of Red Rock were allocated €300,000 toward a 30-episode fourth series of the TV3 drama. However, the Garda-themed show is currently on a production hiatus pending a review of its future by the broadcaster.

An award of €300,000 was also made to Doctor in the House, an educational programme made by Independent Pictures for TV3; Critters.TV, an RTÉjr animation made by Turnip & Duck, received the same sum.

Ross Whitaker Enterprises, trading as True Films, was awarded €100,000 toward the production of Comeback, an RTÉ One documentary that follows Olympic Gold medallist Taylor as she begins her professional career.

Just over €5 million was allocated to 32 television projects, while 88 radio projects received €625,000. The scheme is the main part of the Broadcasting Fund, which is financed by 7 per cent of television-licence-fee receipts.

It was once again oversubscribed. The BAI said 220 applications, seeking a total of €19.4 million in funding, were made in this round. Its chief executive, Michael O’Keeffe, described the scheme as a key element in its strategy to promote diversity, plurality and the sustainability of Irish broadcasting. “Applications for funding under this round far exceeded the money available for allocation,” he said. “However, with funding awarded for 25 programming genres across TV and radio, we are confident that these projects will entertain and inform Irish viewers and listeners.”

1 MSD buys Takeda biologics plant in Dunboyne
2 Scars from the crash give Irish banks 2.6 billion reasons for Covid caution
3 ‘Saudi Arabia is where the opportunities will happen in future’
4 Ten of the most mysterious aircraft disappearances
5 Trump signs executive orders banning TikTok and WeChat
6 Irish tourism must also help itself to survive the pandemic
7 What will the office market look like after the great remote working experiment?
8 Ireland property rush risks repeat of crisis
9 How to . . . keep your kids safe playing Fortnite
10 TikTok to invest $500m in data centre and create ‘hundreds of jobs’
Real news has value SUBSCRIBE