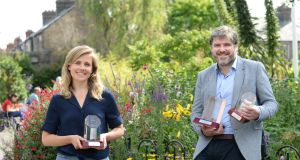 The Crime Correspondent with The Irish Times, Conor Gallagher has won the Law Society’s top prize in the Justice Media Awards for “his remarkable portrait” of the Ana Kriegel murder trial.

Gallagher’s overall award, and award in the court reporting category, was for Ana Kriégel murder trial: The complete story, the longest report ever published by The Irish Times.

It was, the judges said, “a remarkable portrait of a harowing murder trial” telling the “complete story of the murder of Ana Kriégel, the extensive Garda investigation, the trauma caused by her murder” and the trial from start to finish. “An outstanding piece of court reporting.”

Kathleen Harris won the broadcast journalism (TV/video) award for her video report on the push for same-sex marriage and abortion rights in Northern Ireland.

“This excellent report features an expertly-balanced mix of law and politics and brings clarity to a complex story and highlights how human right can test the limits of devolution,” the judges said.

Courts correspondent with The Irish Times, Mary Carolan, was awarded a merit certificate for her report on data retention and the appeal by convicted murderer, Graham Dwyer, while reporters Sorcha Pollak and Mark Hilliard were awarded a certificate for their report on the direct provision system, twenty years after it came into operation.