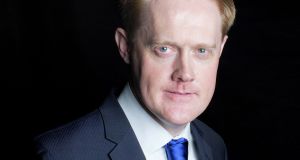 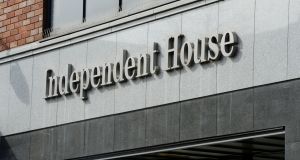 Mr Sheahan is to take up the position of Ireland editor for the Irish Independent, Sunday Independent and Independent.ie. Photograph: Alan Betson/The Irish Times

Fionnán Sheahan has stood down as editor-in-chief of the Independent News and Media (INM) group.

Mr Sheahan is to take up the position of Ireland editor for the Irish Independent, Sunday Independent and Independent.ie.

A spokesman for the company confirmed the move, which is understood to have been announced to staff on Thursday.

He previously occupied the role of political editor of the Irish Independent and later became its editor. He then succeeed Stephen Rae as group editor-in-chief. Mr Rae left the company in May 2018.

While no clarity has been given on any potential successor to the position of group editor-in-chief, Mr Sheahan’s departure comes as part of a broader shakeup at the newspaper group since the Belgian media group Mediahuis finalised its €145.6 million takeover earlier this year.

Last July, shortly after the acquisition was approved by the High Court, a series of major personnel changes was announced, an early indication of plans for further restructuring.

Key amongst those was the appointment of Peter Vandermeersch as publisher, responsible for overseeing INM’s digital strategy, as well as the continued development of its various print titles.

Mr Vandermeersch was former editor-in-chief and director of the Dutch news media group NRC Media and had spent almost three decades as a journalist, including as editor-in-chief of the Belgian newspaper De Standaard.

In recent times there have also been considerable changes at board level.

5 Is owning a home a pipe-dream for the young?

10 Why Irish households are not, after all, among the best off in the EU