Mind the Gap profits rise to €245,000 on back of buoyant year for the business 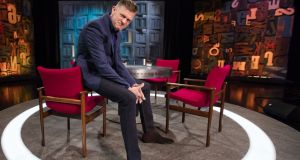 Profits at the independent production firm that produces Brendan O’Connor’s Cutting Edge show on RTÉ last year increased by 66 per cent to €245,299.

The multi-award winning company – established in 2001 and led by Bill Hughes and Bernadine Carraher – regularly works on large-scale productions with budgets of over €1 million.

The IFTA-winning Cutting Edge is fronted by journalist Brendan O’Connor and has been a ratings winner for RTÉ and Mind The Gap with an average viewership of 254,000 .

Other productions by Mind the Gap include Lords and Ladles and Healthy Appetite. The company specialises in television entertainment, music, documentaries and other factual programming.

Data from the Revenue Commissioners show that Mind the Gap received a tax credit between zero and €500,000 towards the production of Lords and Ladles series two under section 481 of the Film Corporation Tax scheme.