Campaign aims ‘to tell people that we are bigger than they think we are’, says firm 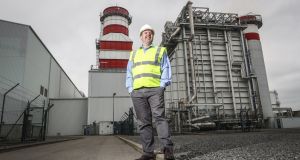 Energy provider Energia is investing €3 million in one of its biggest marketing campaigns so far to highlight the scale of its business and presence in daily Irish life.

The “Power Behind Your Power” campaign, created by the advertising agency Boys & Girls, will from next week run across television, radio, print and digital media, as the company makes a fresh push for more “switcher” customers in 2019.

The campaign centres on its role in providing energy to schools, maternity hospitals and streetlights, aligning the brand with “all the small and special human moments” from classroom flirting to evening runs, said Geoff Codd, the company’s head of marketing and retail development.

It leaves behind the humorous hamster characters of previous Energia campaigns.

“We are moving away from funny to serious – but not too serious,” said Mr Codd. “This really is an evolution for us. We are trying to tell people that we are bigger than they think we are.”

The brand has been in the Irish electricity market since 1999, concentrating on the business-to-business (B2B) segment before entering the residential market in 2014. It now has more than 58,000 business customers – including Dublin Bus and An Garda Síochána – and 201,000 residential ones. It also provides the electricity to all of the streetlights in the State.

However, market research conducted on behalf of Energia by Behaviour & Attitudes earlier this year revealed that many consumers “knew very little” about the company, were “a little bit wary” about switching to it and did not realise that it was as big or as established as it is, said Mr Codd.

Although the campaign, which has been planned by media buyers Vizeum, concentrates on Energia’s presence in public environments, it is hoped that it will have a positive knock-on effect on the domestic side of its business.

“Our B2B credentials give us great credibility in the marketplace. It tells people you’re a legitimate player in the market – you have the right to be there,” Mr Codd said.

While the energy market is “highly competitive”, he said, “there are a number of consumers who have never switched and that’s a concern”.