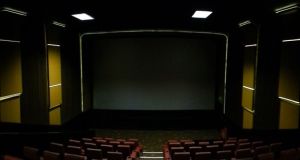 Movies@Dundrum reported a profit before tax of €167,121 for the year ending August 2015

Accounts recently filed with the Companies Registration Office show Movies@Dundrum Limited, which also owns the Movies@Swords cinema in the Pavilions Shopping Centre, reported a profit before tax of €167,121 for the year ending August 2015. This compares to a €121,128 profit 12 months earlier.

Movies@Dundrum said administration expenses fell from €3 million to €2.8 million over the year under review. A charge of €130,000 included in admin expenses was charged in respect of management fees.

Net assets totalled €5 million, up slightly from the €4.9 million recorded a year earlier.

The company has annual rent commitments of €1.28 million in respect of its 25-year lease which began in October 2005.

Accounts filed earlier this year showed Movies@Swords Limited reported a €55,829 loss for the 12 months ending August 2015 and had net current liabilities of more than €3 million.

1 FinCEN Files: Dublin business features in leak of US treasury documents
2 Aldi empire wracked by family feud
3 A look at Elon Musk’s track record ahead of Tesla’s ‘battery day’
4 Chris Johns: We’re in for a triple whammy of Covid, Brexit and the US elections
5 The FinCEN files: Unchecked by global banks, dirty cash destroys dreams and lives
6 How to . . . move (almost) everything to your new phone
7 Gifting property to my son
8 Mark Paul: Government faces dilemma on which businesses to save
9 Dublin-based Fenergo considers $1.5bn listing
10 Over 2,000 offshore firms set up from home in Ranelagh, Dublin
Real news has value SUBSCRIBE