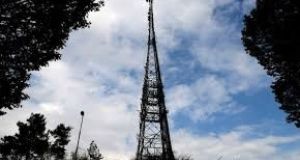 RTÉ has appointed the corporate finance arm of KPMG to review its strategic options for 2RN, its transmission network business, the Sunday Times reports. An outright sale of the business could raise up to €200 million for the cash-strapped national broadcaster.

The Central Bank of Ireland is at an advanced stage of an investigation into mortgage lenders who add legal fees to the bills of customers in arrears, driving them deeper into debt. Some banks stopped the practice after the regulator intervened.

The Sunday Business Post reports that Denis O’Brien’s Caribbean telco, Digicel, has “an untenable capital structure” due to its $7 billion debt mountain, according to ratings agency Moody’s. The agency said the risks of Digicel restructuring its debts in the next 12-18 months have increased.

A senior Google executive has told the Sunday Business Post that it wants the Government to help the industry fight a so-called “techlash”, or public backlash against technology companies. Kent Walker, Google’s senior vice-president for global affairs, said politicians should advise that regulators “be careful and thoughtful about how we proceed”.

The Sunday Times also reports that three internal candidates have made it on to a shortlist of four to replace outgoing Bank of Ireland chief financial officer, Andrew Keating. The internal trio includes Sean Crowe, its chief executive for markets and treasury; Myles O’Grady, director of commercial for Ireland; and New Ireland insurance group managing director, Michael Murphy.

Video games industry workers have formed a chapter within the Financial Services Union, as staff in the sector organise to push back against what is alleged to be exploitation in the sector, the Sunday Business Post reports. A games developer told the paper that issues in the industry include low pay, unreliable contracts, harassment and unpaid overtime. About 25 workers have so far joined the Irish chapter.

RTÉ’s chief financial officer, Breda O’Keeffe, is to leave the organisation next March, the Sunday Independent reports. O’Keeffe will have been in the role for seven years, serving as part of a small group of executives on the RTÉ board and effectively second in command to director general, Dee Forbes.

Fianna Fáil claims anti-Irish sentiment due to Brexit negotiations is driving some UK tourists away from visiting the State, the Sunday Independent reports. The party’s transport and tourism spokesman, Marc MacSharry, has called on the State’s tourism agencies to carry out further research on the issue.