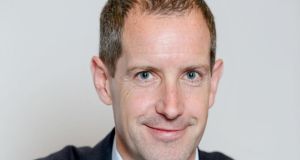 Adrian Lynch of Animo Television, who will become RTÉ One channel controller in November

Animo Television, the production company owned by the incoming RTÉ One controller Adrian Lynch, is making a documentary for RTÉ about pornography. The company is seeking the opinions of people “aged 18-80” to contribute to the programme, inviting them via its Twitter account to email info@animo.ie.

Animo is the producer of shows such as Secret Millionaire, Celebrity Bainisteoir, Feargal Quinn’s Retail Therapy, Ireland’s Fittest Family and financial documentaries such as Freefall: the Night the Banks Failed and Future Shock: Property Crash.

Alongside its regular co-production partner Kite Entertainment, Animo was also commissioned earlier this year by RTÉ Two channel controller Bill Malone to make Connected, a “social experiment” docusoap. The original version of Connected was made by Israeli producer Koda Communications for Israel’s Hot TV, with the format sold internationally by Israel’s Armoza Formats.

Lynch will step down from his position as managing director of Animo in November, when he is due to take up the RTÉ role.

He is also in the process of selling his shares in Animo, a spokeswoman for RTÉ said. “As channel controller for RTÉ One he will not have any commissioning powers or editorial input in any Animo productions for RTÉ Television,” she added.

Lynch succeeds British television executive George Dixon, who left the position in February after less than a year to become global editorial director of BBC Worldwide.

1 Why are markets booming when a crash is on the way?
2 Nine more suing INM and Leslie Buckley over alleged data hacking
3 Restaurants file court actions against insurers over lockdown losses
4 Columbia Sportswear defies gloom with first Irish standalone shop
5 David McCullagh announced as co-host of RTÉ Six One News
6 How to further divide the economy using the wage subsidy
7 ‘The rental situation stops me moving back home’
8 Brexit: System agreed for Irish goods to skip checks on UK trade
9 ‘It’s been so long since I’ve had cash, I’m beginning to forget what it looks like’
10 Red tape logjam creates fear for Irish timber supply
Real news has value SUBSCRIBE