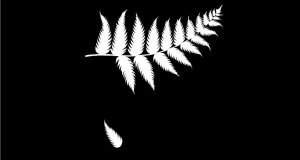 Advertising agency Chemistry created this 2015 ad for the Irish Examiner, a tribute to the late Jonah Lomu.

Creative advertising agency Chemistry is closing its doors in an orderly wind-down after a difficult 2019. Co-founder and managing director Ray Sheerin told Marketing.ie that it was an “incredibly hard decision”, but that it was impossible for the Dublin-based agency to continue in the current market.

Chemistry’s work went viral across the world in 2015 when its Falling Fern ad for the Irish Examiner, a tribute to the New Zealand rugby player Jonah Lomu who had passed away, was hailed for its poignancy. Recent clients included Dunnes Stores, Bord na Móna, Danone, Center Parcs, Applegreen and the Irish Cancer Society.

The agency, which has been in business since 1999 and had about 20 employees, advised clients and staff in December that it was considering winding up this month unless a rescue deal could be found.

The Institute of Advertising Practitioners in Ireland (IAPI) tweeted on Friday that the closure of the independent agency was “a sad day for the industry”.