Against the euro, sterling rose around 2 per cent to as high as 82.80 pence 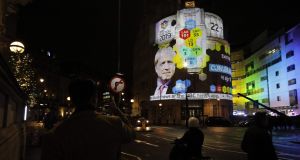 The pound hit multi-year highs on Friday after a convincing Conservative Party win in the UK election, which is expected to clear the Brexit political gridlock that has hounded Britain’s markets for years.

UK Prime Minister Boris Johnson’s Conservatives have won enough seats to give them an outright majority in parliament which would relieve almost four years of uncertainty about when Brexit would take place.

“We also see a rise in stock futures in reaction to two very important pieces of news for markets. This should support global growth. The yuan can also go higher, but it depends on how much dollar strength we get.”

Against the euro, sterling rose around 2 per cent to as high as 82.80 pence, the highest since July 2016, which is shortly after the Brexit referendum that hammered the currency.

That contrasts with the more than 10 per cent plunge that immediately followed Britain’s vote to leave the European Union in June 2016, which wiped $2 trillion off world markets.

Even if Brexit is completed on January 31st, however, there is still some uncertainty because Britain will then enter a transition period during which it will negotiate a new relationship with the remaining 27 EU states.

In a flash update to clients, Bank of Ireland noted the move in the pound is the sixth largest intraday move since 2001. “In the coming weeks, currency markets will quickly turn their focus towards the transition period, due to end in December 2020, and the negotiation of a Free Trade Agreement between the UK and the EU,” the bank said. – Reuters