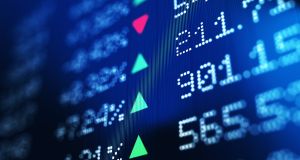 European stocks pared their gains alongside US equity futures on Thursday as investors mulled estimates of how soon economies can reboot when the coronavirus outbreak eases.

American index contracts fluctuated a day after the S&P 500 closed over 3 per cent higher into bull-market territory. Most Asian stocks saw a modest rise, though Japanese shares retreated. For many markets it is the last trading day of the week before the Easter break.

European government bonds were mixed after ECB President Christine Lagarde urged governments to resolve differences in a new round of talks on Thursday to revive their economies. Oil futures climbed as the Opec+ coalition and Group of 20 oil ministers gather in two key video conferences this week to consider production cuts.

While the White House’s top health advisers develop criteria to reopen the US economy in coming weeks if trends hold steady, the coronavirus claimed a record number of victims in the UK and Belgium, as well as in the hard-hit states of New York and New Jersey. Italy and Spain’s new cases crept up after several days of declines, raising questions about whether plans will be delayed for relaxing the stringent restrictions on public life.

“It’s all a question of when the economy reopens and how quickly that happens,” said Nancy Davis, chief investment officer of Quadratic Capital Management LLC. “We aren’t out of the woods.”

Earlier, Anthony Fauci, director of the US National Institute of Allergy and Infectious Diseases, said the start of a turnaround in the fight against the coronavirus could come after this week. President Donald Trump tweeted about reopening sooner rather than later.