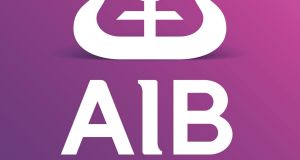 Shares of long-haul flight operators Air France, Lufthansa and Aer Lingus-owner IAG all retreated as news of the contagion raised concerns over disruptions to travel during the Lunar New Year holidays.

It was a bad day for AIB which lost 5.7 per cent with more than seven million shares traded. Bank of Ireland was also in the spotlight. Having been weak all day it finally closed down 1.85 per cent.

Elsewhere, Hibernia Reit was off 1.3 per cent, while Irish Reit was up 1.5 per cent, with analysts speculating that a focus on the property sector by politicians of all persuasions may have had an impact.

EasyJet shurgged off concerns in the travel sector and outperformed the main index in London on the back of strong results. But back in Dublin rival Ryanair failed to take off, ending the day flat at €15.56.

Building materials group Kingspan was up 2.3 per cent after a broker upgrade, while negative sentiment towards Dalata continued, with the stock down 3 per cent.

The FTSE 100 suffered its worst day in two weeks as the spread of a new coronavirus in China curbed risk appetite and oil prices fell sharply, while jobs data eased some bets of an imminent interest rate cut by the Bank of England.

The FTSE 100 shed 0.5 per cent, as luxury and travel stocks led losses. IAG fell 3 per cent and InterContinental Hotels Group slipped 3.5 per cent. The FTSE 250 also gave up 0.5 per cent.

Shares of firms that book a major chunk of their earnings in US dollars weakened as sterling gained after a robust UK jobs report helped trim the odds of a Bank of England rate cut this month. Imperial Brands gave up 2.6 per cent.

Hopes that the Bank of England may hold rates steady helped domestic banks Lloyds and RBS add 1 per cent each.

Royal Dutch Shell and BP also weighed as crude prices fell on expectations that the market would be able to manage the severe cuts to Libya’s production.

Among midcaps, electrical products retailer Dixons Carphone starred with a 7 per cent gain after affirming its annual targets.

The pan-European STOXX 600 dropped 0.1 per cent having fallen up to 1 per cent earlier in the session before positive German business sentiment data and trade dialogue between the US and French leaders helped ease some of the losses.

Swiss drug developer Lonza Group was the top gainer on the STOXX 600 after it said it was seeking a drug industry veteran as its new chief executive. German fashion house Hugo Boss gained 6.8 per cent after reporting a better-than-expected fourth-quarter sales growth.

The benchmark S&P 500 fell 2.4 per cent in early trading as worries about the fallout from the deadly virus outbreak in China and a gloomy growth outlook from the IMF prompted investors to lock in recent gains.

Hotel and casino operators Las Vegas Sands and Wynn Resorts, both of which have large operations in China, dropped about 5 per cent. Booking. com owner Booking Holdings and TripAdvisor both fell about 2 per cent.