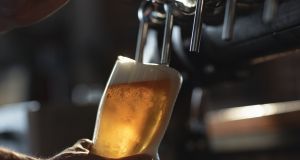 Sometimes it takes an outsider to point to issues that, deep down, we suspect are there but ignore. Gabriel Makhlouf, governor of the Central Bank of Ireland, is a mix of British, Cypriot, Greek and Egyptian. If he was Irish, he might have been less willing to suggest to the Government – as he did in a letter released this week – that it may need to consider standing back to allow some Irish SMEs to go bust.

Makhlouf hit upon an interesting moral dilemma that is likely to hit ministers square between the eyes before too long: the extent to which precious taxpayers’ resources should support businesses that may be unviable in the medium term due to social distancing. Makhlouf didn’t mention pubs and other hospitality businesses specifically, but his words suggested they were in his mind.