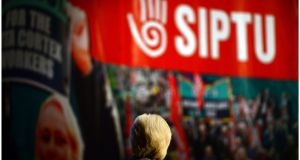 Siptu is to meet with workers at Co Meath firm Geith International amid concerns that the company may be about to dramatically reduce its workforce.

Denis Sheridan, Siptu assistant industrial organiser, confirmed that staff believe the company is to decide this week if it will cease manufacturing at the plant and possibly relocate it to another country.

Up to 120 people are employed by the company, which makes excavator buckets for the construction and mining industry. It was established more than 50 years ago in Slane, Co Meath.

Staff say they were told that a decision on the future of manufacturing would be made this week. Employees also believe that sales and marketing jobs will not be affected.

Mr Sheridan said that in the event of such a decision, Siptu will work with the company and its members to save as many jobs as possible.

The company has not yet commented on the matter.

Fianna Fail Senator Thomas Byrne called on the Government and the enterprise section of Meath County Council to do everything possible to protect the jobs.

“As I understand it, no public announcement has been made at all and I think every effort needs to be made by us all to do what we can,” he said.

Slane-based councillor Wayne Harding said if the news was confirmed it would be a “devastating blow to the local economy and another loss to rural Ireland”.

Fine Gael councillor Paddy Meade said it would be a “massive blow”.