Seeing beyond the local saved and grew the family business 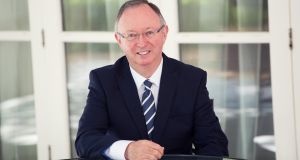 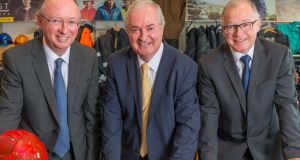 His company may be targeting revenues of more than €1 billion but Harry Hughes is the first to admit that he doesn’t always know what the customer wants.

“I’ve been wrong plenty of times but right enough to stop it getting embarrassing,” he says, referring to how products are selected for Portwest’s catalogue. It’s a 600-page tome that is available in 26 languages and sent out to customers across the world.

The Co Mayo-based speciality clothing company that Hughes runs with his brothers Cathal and Owen has been on the go since 1904 and continues to grow at an impressive rate. This suggests that the siblings know what they are about, even if its chief executive is reluctant to portray himself as someone with a golden touch.

“We have a team of about 25 people working on the design and selection process overall. I have famously turned down products that others in the team have insisted should be in the catalogue and many of these have gone on to be among our top-selling products so I’m the first to put up my hand and say I don’t always get it right,” Hughes says.

“Our guiding rule when it comes to choosing products for the catalogue is that if there are enough people who love it, then it gets in,” he adds.

There certainly seems to be plenty of people who love Portwest’s goods, judging by the company’s sales figures.

The company, which has its headquarters in Westport, designs and manufactures personal protective equipment, workwear and outdoor leisurewear, employs more than 2,000 people worldwide and its products sell in more than 100 countries.

The low-key Hughes brothers have grown revenues at the firm from close to €200,000 in 1979 to more than €140 million in 2016. The way Hughes tells it, Portwest has only just started in its plan for global dominance.

“In our five-year plan, we’re looking at growing from €142 million last year to €350 million based on growth of about 25 per cent a year, the majority of which will come from Europe in 2017. However, our next five-year plan will see us aiming for €1 billion as we expand further afield. We’ve never been more confident of getting there than we are right now,” he says.

The Hughes’s roots in Mayo go back to the 1700s and the family has been actively trading in Westport since 1904 when Charles Hughes set up a textiles business in the town. Owen, Cathal and Harry, who come from a family of 13 children, are the third generation of the Hughes to run the business, succeeding their father Pádraig, who was Charles’s son.

The siblings also own the 139-room, four-star Hotel Westport and a retail leisurewear business which has four stores. Earlier this year, they announced plans to acquire Westport House, an 18th-century mansion formerly owned by the Browne family.

Two other brothers, Vincent and Pat, own the popular Carraig Donn clothes and giftware chain, which was established by their mother, Marie, and has an estimated turnover of about €40 million.

Hughes got involved in the family business in the late 1970s after a few years away studying design technology in Manchester. Owen and Cathal joined the firm after studying to become chartered accountants. At that point, the company owned one small factory in Westport and a second one in nearby Ballyhaunis.

We had two great advantages, however, which were that we were young and we had training that helped us see beyond the local

“If the recession didn’t destroy the textile industry in Ireland, then globalisation was the sledgehammer that finished off family businesses such as ours. We had two great advantages, however, which were that we were young and we had training that helped us see beyond the local,” Hughes says.

“The world was changing with disruptive duties coming down and Asia beginning to open up. We could see that globalisation meant the tide was turning as regards textiles and knew we needed to adapt. Because of my technical design skills, we started moving away from just making basic workwear towards producing hazard-protection clothing and we also began to look further afield to build up exports,” he adds.

The company’s protective clothing is now widely used in the mining, building and security industries. In an average year, Portwest has about 1,200 products for sale. It adds 150-200 new items and culls a similar number every year.

The company initially opened a factory in Barnsley in Yorkshire as it sought to hold on to the local facilities in what was a rapidly changing market.

“The breakthrough for us came when we realised we could internationalise both our sourcing and our selling, which meant we could sit in Ireland and organise the whole thing without necessarily even touching the goods.”

“It was a gradual process over the next decade as we made fewer goods locally and stopped replacing staff while building up our skillsets. We got more confident in what we were doing and eventually opened up an office in China in 1995. Now we deal with 60 different factories there, and we also have facilities in the UK, Poland, Germany, Dubai, Bangladesh and the US.

The company’s local manufacturing facilities closed in the early 2000s although the firm still employs about 300 people in Ireland. This breaks down to 100 people in the Portwest headquarters, and another 200 in the group’s leisure, retail and wholesale divisions.

We were probably one of the last clothing companies in the west to shut down and we agreed a really good package with staff, but it was still a difficult decision to make

“The hardest moment for us in business was closing the factories. We were probably one of the last clothing companies in the west to shut down and we agreed a really good package with staff, but it was still a difficult decision to make,” says Hughes.

Joining the ever-growing list of international facilities owned by the company are new warehouses in Myanmar and Panama, which are due to open shortly. Future plans will see the company expanding in the US, where it is eyeing up opening a second warehouse on the west coast to join the facility it opened in Louisville, Kentucky in 2014. The company is also on the acquisition trail and earlier this year acquired Australian firm Prime Mover Workwear for €7.5 million.

As may be obvious, the company sees growth coming primarily from outside of Europe in the coming years.

“We started maturing in the UK around the time of the downturn with sales there having reached about €40 million by 2007/2008. We then started looking to mainland Europe, where we reckon we now have about a further 10 years or so before we mature. About four years ago we started paying more attention properly to the US, which is a highly competitive market for us with at least 50 good rivals. It also brought issues we hadn’t faced before such as different sizing standards, zips being fitted on the other sides of garments and so on. But we’re highly confident we can do well there,” says Hughes.

“Latin America is also somewhere we’re interested in which is why we’re opening the warehouse in Panama. There are a number of countries there such as Chile and Peru that have duties that are as low as 5 per cent, and overall it is a more developed market for safety products than Africa or the Middle East,” he adds.

The businessman says that when it comes to entering new markets, Portwest uses what it calls the “virgin territory model”, which, as Hughes explains, is akin to growing crops.

“Entering into a new territory is like planting a harvest. It takes three or four years before anything comes to fruition. We start out with salesmen achieving very little in terms of sales in the first year but that will grow slowly after that and, once it does, you put your foot to the accelerator and get the most out of it,” he says.

The media-shy businessman finds himself in the spotlight as a finalist in this year’s EY Entrepreneur of the Year awards. He says that, despite being based in Co Mayo, the company has never really struggled to find new opportunities on the international stage. He remains largely unconcerned about the impact of geopolitical issues such as Brexit.

“Out of everything we try, we’ve always figured that if three things worked and two didn’t that we are still winning. The biggest winners for us though without a doubt are the really technical garments, the fire-retardant garment and so on. Where there are people working and there’s a potential hazard and plenty of dirt is where we specialise,” Hughes says.

“One of the core engines for growth has been that we follow the oil and gas industries and some of the big companies in that space are looking for a global solution. Our intention is to ultimately have a network of warehouses around the world so that we can get products to any site no matter where within five days,” he adds.

While many of us would run several miles rather than work with family members, Hughes says he and his brothers have always found it easy being in business together.

“I get on exceptionally well with them and there has barely been a cross word between us in 30 years. We’re lucky that we’re friends as well as being family and have different personalities and skillsets that complement each other,” he says.

“When it comes down to it, we impeccably trust each other and it is a privilege to work together. We don’t really have board meetings. It’s more a case of meeting for coffee and after we’ve finished discussing politics and sports, we eventually turn to work issues.”

Hughes says the family are also privileged to be able to remain living and working in Westport.

“Buying Westport House is all about giving back to the community because it isn’t something that really makes economic sense, but it is hugely important to the area and its tourism trade,” he says.

“I love living so close to work that I can pop home for my dinner every day and, as any parent in the west will tell you, there’s always a concern as to whether your sons and daughters will be able to stay.

“We have built up the business so that our children are increasingly part of the company’s future and expect it to live on long past me and the brothers,” he added.

Family: Married to Deirdre with five children aged between 21 and 28 years of age

Something you might expect: Harry spends a lot of time on the road

Something you might not expect: A keen local historian, Harry has written five books, including one on the history and archaeology of Croagh Patrick.