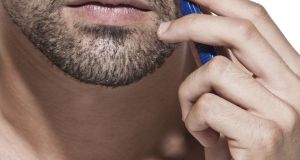 Gillette razors and Pampers nappies have in recent years been among the weakest performing parts of P&G, which has had to cope with shifting consumer habits, changes in advertising markets and rising competition across its portfolio.

As well as men’s continued reluctance to shave every day, competition from the likes of Dollar Shave Club has also hurt the grooming division. P&G took a $8bn writedown at Gillette last year.

While like-for-like sales in grooming lagged faster-growing parts of P&G in its fiscal second quarter, the 4 per cent rise from a year ago showed an acceleration from the 1 per cent improvement in the previous quarter.

P&G, whose other brands include Head & Shoulders shampoo, Ariel laundry detergent and Bounty paper towels, increased financial forecasts for the year after quarterly sales rose at all five of the company’s main divisions. Beauty led the way, with like-for-like sales up 8 per cent.

As part of a turnround, the Ohio-based group has focused on a smaller number of successful brands and pushed newer versions of its products, including Gillette Skin Guard, marketed as a way to reduce shaving irritation.

Jon Moeller, chief financial officer, told reporters on Thursday that there had been little easing of the pressures on grooming and that the better results had been driven by self-help.

While he described the grooming business as “very competitive”, he said P&G was adapting with new products, noting that facial hair required maintenance. The division managed to increase prices for its grooming products 2 per cent without hurting volumes, which also rose 2 per cent.

The laggard in the quarter was P&G’s baby, feminine and family division, where prices were unchanged and organic sales ticked up 1 per cent. Within the division, babycare sales declined by “low single digits”. A falling birth rate in the US has hit demand for Pampers.

Across the group, net sales in the three months to the end of December rose 5 per cent to $18.2 billion (€16.5 billion). Much of the improvement came from higher volumes, which rose 3 per cent, as opposed to higher prices, which ticked up 1 per cent.

Some on Wall Street had hoped the results would show a stronger rebound at the company, whose shares leapt 36 per cent last year. The stock was little changed in morning trading in New York, giving the company a $315 billion market capitalisation.

Net earnings for the quarter rose 16 per cent to $3.74 billion, equivalent to $1.41 diluted earnings per share.

Also on Thursday, the company’s smaller rival Kimberly-Clark, which makes Kleenex tissues and Huggies nappies, reported a 3 per cent rise in like-for-like sales in the quarter. Net income rose from $421 million to $556 million.

1 Poll on second election, concerns over Irish pension gap, and Ireland’s rich list
2 Should AIB compensate me for upsetting letter on arrears?
3 Chris Johns: The Johnson administration will spend, and needs a quiet Treasury
4 Clean energy’s dirty little secret on wind turbines
5 Tax shifts won’t drive multinationals out of Ireland - Moody’s
6 Millennials and money: Four dangers of leaving things late
7 ‘Germans are very efficient and reliable. Cancelling is alien to them’
8 How to turn racists’ genetic arguments against them
9 What does Sinn Féin’s election success mean for business?
10 Brexit hits tourism numbers in Northern Ireland
Real news has value SUBSCRIBE