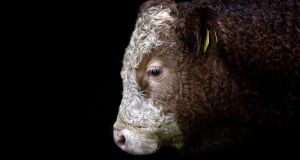 The initial research activities of MTI are divided across six different themes or pillars which include meat tenderness, freshness and shelf life, quality grading and classification, health properties, and the benefits of the Irish grass-based production system. Photograph: Charles McQuillan/Getty Images 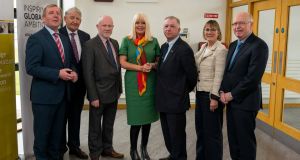 A new €8.1 million initiative will create a one-stop shop for meat processing research and technology in Ireland. Launched last month, Meat Technology Ireland (MTI) is the largest ever investment in strategic research and innovation in the beef and sheep meat sectors in the State.

“The launch of MTI is a very significant development,” says Teagasc director of research Dr Frank O’Mara. “It brings together most of the companies in the Irish meat industry into a common research platform. It represents a very strong vote of confidence in the future of the sector and the role that research and technology can play in that.”

According to MTI director John Colreavy, a key characteristic of the new centre is that the companies have collectively agreed a strategic, market-focused agenda that requires a collective industry approach.

“No company on its own has the individual technical capability nor the scale to address the key technical challenges facing the industry,” he explains. “It’s not just about inventing new things. It’s about innovation, thinking ahead, and being responsive to consumers.”

The initial research activities of MTI are divided across six different themes or pillars which include meat tenderness, freshness and shelf life, quality grading and classification, health properties, and the benefits of the Irish grass-based production system.

Genomics plays a key role in the work on tenderness and Ireland is a world leader on this area. “Ireland has the largest genotyping programme in the world at the moment,” says O’Mara. “More than one million animals have been genotyped and this places us in a unique position in the world.”

Genomics is already being used by farmers to breed for weight, fertility, milk quality and other characteristics but has not yet been used for meat quality.

“There is a variability of up to 20 per cent in beef tenderness at the moment”, says Colreavy. “Over the next two years we will use the genomics database to understand the science behind this and try to reduce that 20 per cent very significantly.”

Meat tenderness is also affected by what happens during processing. “We want to develop Irish standards and best practices for how the meat is handled in factories in order to deliver the best consumer experience,” says Colreavy.

The third pillar involves food pathogens and their impact. “Food pathogens change all the time and there are always new ones to contend with,” he notes. “Teagasc has a particular expertise in this area and we will utilise that to look at areas like extending the shelf life of meat products.”

The fourth pillar involves another area where Ireland enjoys a leadership position – meat grading and classification. “Ireland was the first country in the world to adopt video analysis of video images for the grading of meat,” he says.

“We think we can now go much further than that by using X-rays, CT scans and other technologies. We want to use this for more than grading. We want to use it to help guide workers in factories on the best way to dissect meat to achieve the best quality cuts.”

The health properties of meat are a key area for MTI’s research. “When you talk to any open-minded nutritionist they will tell you that meat has an important place on the food pyramid. That it’s an important source of vitamin B, iron, protein and so on.

“We want to carry out an analysis of the studies that have already been done on the health outcomes of eating meat for groups such as children and so on. After that we want to put the evidence out there for people to be able to judge for themselves.”

The sixth and final pillar deals with the very nature of Irish beef production. The vast majority of Irish cattle are bred and live in conditions that are effectively free range. While there is a strong belief that this makes for better quality and healthier beef, there is a lack of scientific evidence to support this.

“We want to gather that evidence and establish what the grass-fed production process means for the biochemistry of the meat,” Colreavy says.

O’Mara believes that these various lines of research have a critically important role to play in the future of the Irish meat industry. “We export over 90 per cent of our beef and around 70 per cent of our lamb,” he says.

“It’s a very tight margin business and anything which can give the industry an advantage on international markets is vitally important.”